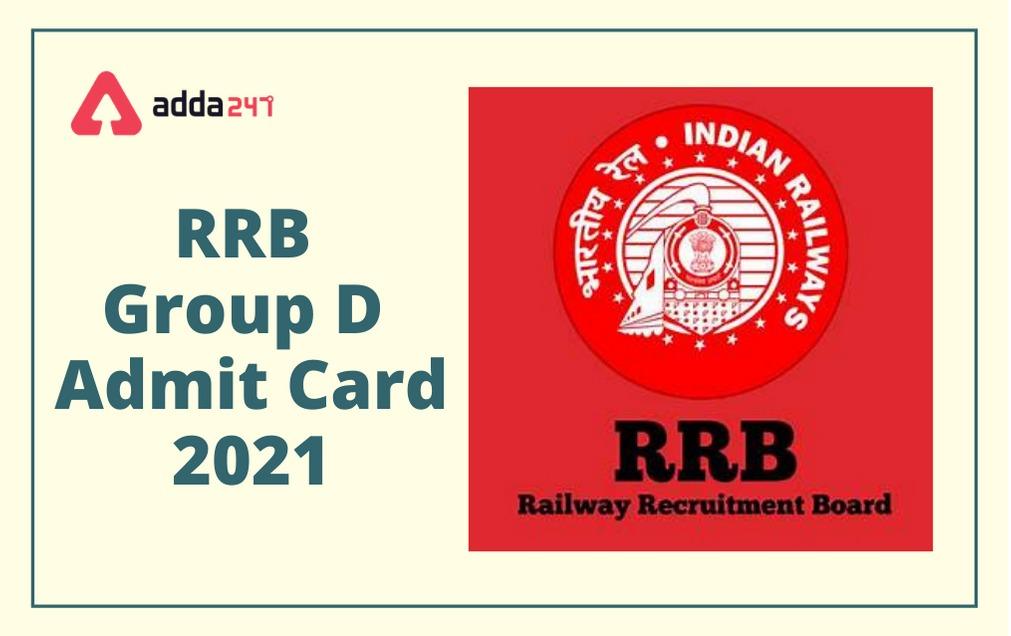 RRB Group D Admit Card 2022: Railway Recruitment Board (RRB) and Railway Recruitment Cell (RRC) have announced the  Exam Dates of the RRB Group D Exam 2021 on its official website @rrbcdg.gov.in which is going to conduct from 23rd February 2022 along which the admit cards for the same will release from 19th February onwards. Students who are preparing for RRB Group D 2021 can speed up their preparation by attempting mocks test and previous year papers. To keep track of every latest update for RRB Group D Admit Card & Exam Dates bookmark this page.

RRB released the recruitment notice of RRB Group D Recruitment 2021 for the 1,03,769 vacancies for the posts of Track Maintainer Grade-IV, Helper/ Assistant, Assistant Pointsman, Level-I posts in Indian Railways in the year 2019 for which the exam dates have been released. About 1.3 crore candidates have applied for the recruitment, and the authority has announced the exam dates of the RRB Group D Exam 2021 which is going to be held from 23rd February 2022, and the admit card for the same will be released from 19th February Onwards. Take an Overview at the table below :

RRB Group D Admit card link will be updated here zone-wise as soon as it will release on the official website which is scheduled for 19th February 2022. All the candidates who have applied for RRB Group D 2021 posts are requested to stay updated with this website to get the latest information regarding admit card and other details of the examination:

The RRB Group D Selection is done in three stages. For each of the stages of RRB Group D, viz., Computer-based Test, and Physical Efficiency Test, the admit cards will be released separately for the recruitment process.
The stages are mentioned below.

The 1st stage is the RRB Group D CBT Exam. It comprises 4 sections of 25 questions in each section with a negative marking of 0.25 marks. The total marks of the CBT are 100 with a time duration of 1 hour 30 minutes.

Q 2. Will the authority send a hard copy of the admit card to the candidates?

Q 3. Can the exam center be changed once the admit card is issued?

Ans. No, candidates are not allowed to change their exam center which has been allotted to them.

Q 4. From where can I download my RRB Group D admit card?

Ans. The RRB Group D Admit Card can be downloaded online from the official website or from the above link mentioned in the article by logging with the required credentials.