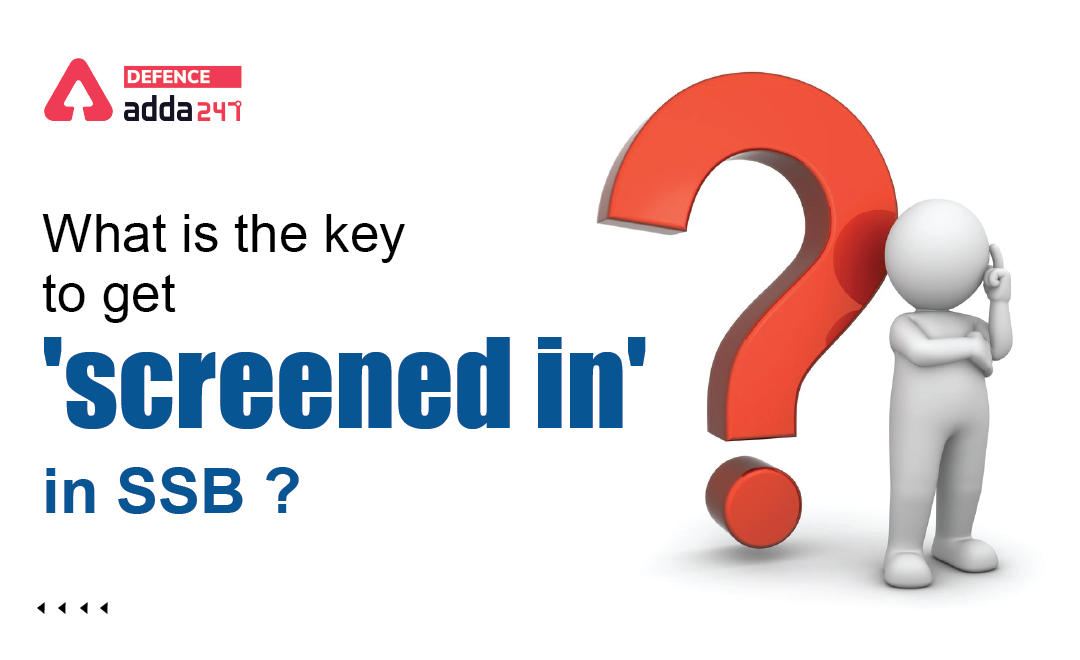 What is the Key to Get ‘Screened in’ in SSB?

Getting screened in is something, for which a defense aspirant is always worried about and always try to find out the exact mantra to achieve the same. Even the hardcore repeaters are fearful of getting screened out. So in this article we will try to understand about those basic requirements that are needed to have some clarity of screening in process.

In order to know the mantra of getting “screened in”, first we should know about it and what it contains. It has basically two components – one is “Officer Intelligence Rating” (OIR) test and the other one is “picture perception and discussion test” (PPDT) .

OIR is basically an aptitude test that is to understand the verbal and non-verbal reasoning of a candidate, which anyone can sail through easily with some practice before hand. For this there is lots of material available online to practice each type of questions for OIR along with some quality based test series to evaluate the performance.

Now coming to the most important part and that is PPDT (i.e. Picture Perception and Discussion Test). As the name suggests it is test of perception, where candidate has to write a story around a picture which is shown on a screen only for 30 seconds. Time given to write the story is 4 minutes and then it is followed by individual narration and group discussion. Among these three, individual narration is being considered the most important which is followed by performance in GD and so on. Still, you should be focusing equally on all the components of the activity as you are being judged on your overall performance.

Remember the points mentioned below while writing PPDT