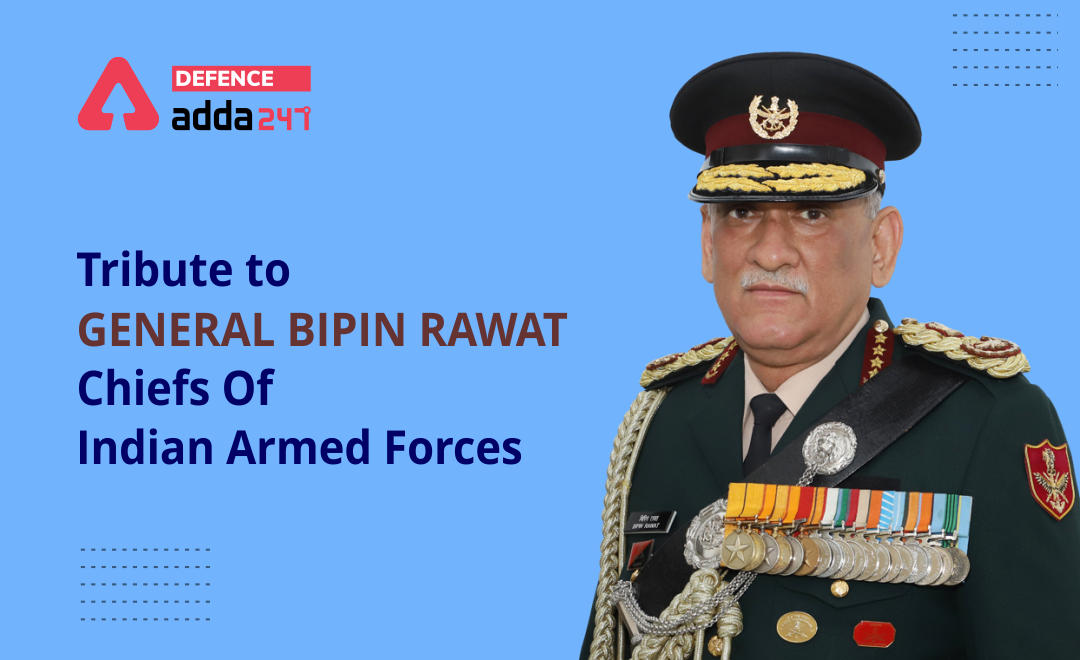 Defenceadda Team is deeply saddened by the sudden demise of Chief of Defence Staff in a Chpper crash. We salute the brave heart for his courage, valour and greatness that he brought to the Indian Armed Forces.

An IAF Mi-17V5 helicopter, with CDS General Bipin Rawat on board, met with an accident today at 12:20 pm near Coonoor, Tamil Nadu. The Army chopper was carrying the CDS along with his wife and some staff members, including his Defence Assistant, Security commandos and other Air Force personnel. According to the official sources, General Bipin Rawat has been admitted to the Hospital after which he was declared dead. Indian Air Force has confirmed that CDS Bipin Rawat, his wife Madhulika Rawat and 12 others have died in the IAF Chopper crash.

Prime Minister Narendra Modi tweeted, “Gen Bipin Rawat was an outstanding soldier. A true patriot, he greatly contributed to modernising our armed forces and security apparatus. His insights and perspectives on strategic matters were exceptional. His passing away has saddened me deeply. Om Shanti.”

The Indian Air Force tweeted: “With deep regret, it has now been ascertained that Gen. Bipin Rawat, Mrs Madhulika Rawat and 11 other persons on board have died in the unfortunate accident.”
Defence Minister Rajnath Singh tweeted: “Deeply anguished by the sudden demise of Chief of Defence Staff Gen Bipin Rawat, his wife and 11 other Armed Forces personnel in an extremely unfortunate helicopter accident today in Tamil Nadu. His untimely death is an irreparable loss to our Armed Forces and the country.”

He also focused on the better synergy between the Indian Armed Force i.e. Indian Army, Indian Air Force and Indian Navy. General Rawat was appointed the Chief of Army Staff on December 30, 2016, and retired on 31st December 2019.