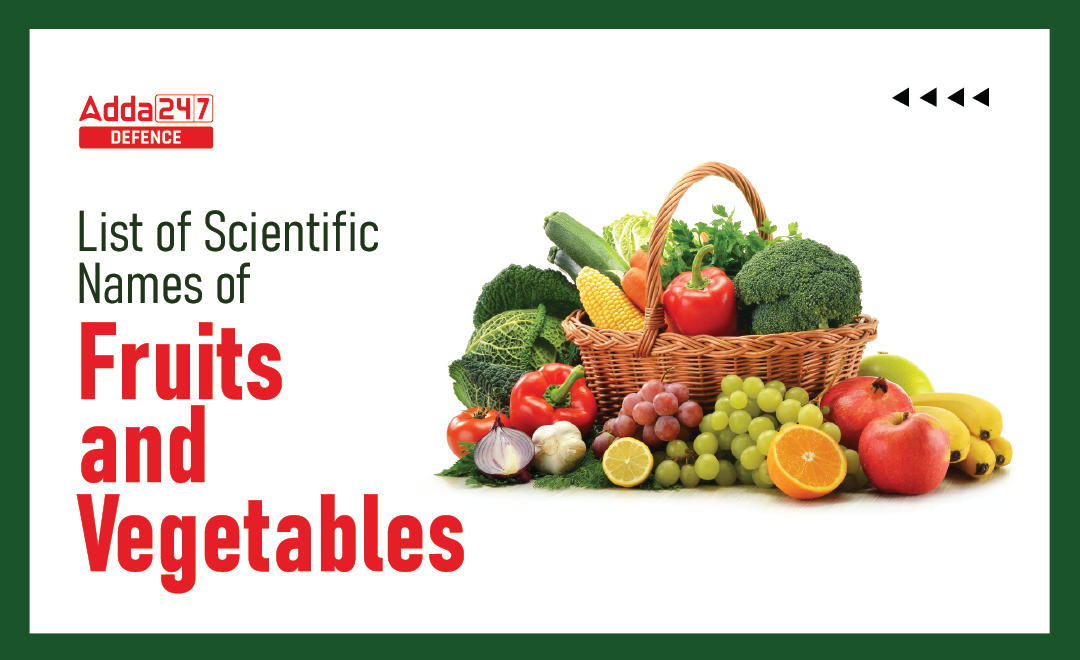 Every living organism, whether plants, animals birds or flowers, has got a ‘Scientific Name which is also known as ‘Binomial nomenclature,’ These are usually derived from Latin. Names are made up of two components ie., genus name and specific name or epithet. The main advantage of giving a scientific name to organisms is to avoid ambiguity regarding their identity and to understand the attributes of the organism.

No matter for which government exam you are preparing, there is a high chance of having a General Science section that includes the knowledge of Scietific Names of organisms. So considering that fact, we have prepared these lists exclusively for you. We have chosen the most important names of fruits and Vegetables along with their scientific names which can be asked in your exam. So before going for the exam, don’t forget to go through it once and get that extra mark easily which can help you in your selection.

List of Scientific Names of Fruits, Vegetables and Plants