Skip to content
Home   »   Salary of Lieutenant in Indian Army 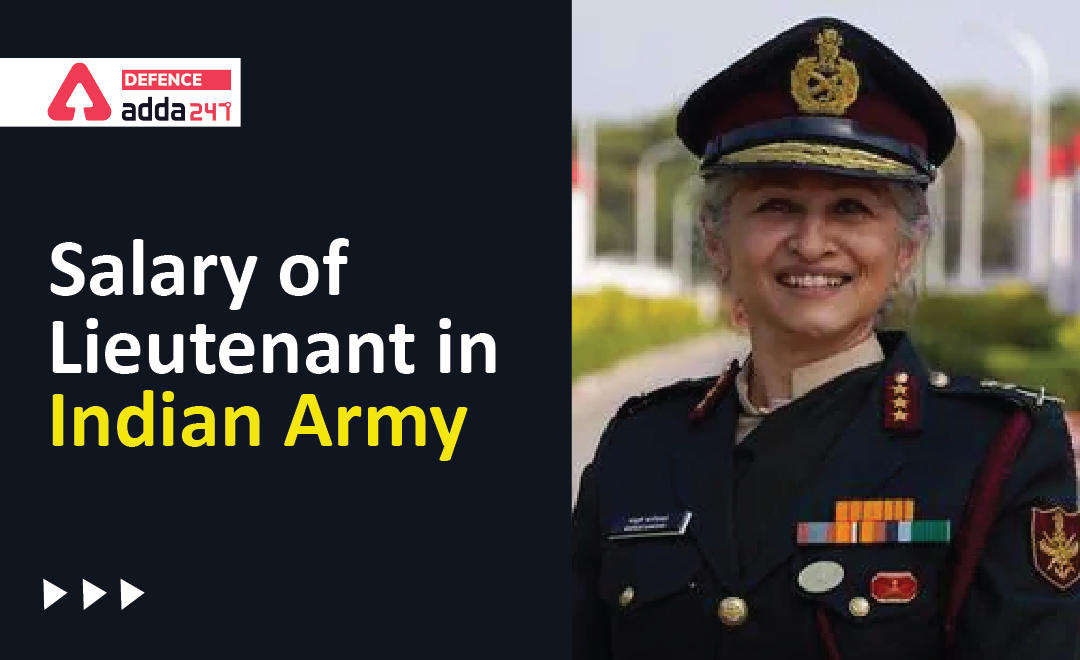 Salary of Lieutenant in Indian Army

Indian Army is one of the most Powerful and prestigious Army of the world all because of the brave soldiers who sacrifice their Day and Night in the service of the Nation and fairly India provides a very lucrative Salary and allowances to these heroes, in this article we will discuss the salary and benefits provided to the lieutenant in the Indian Army.

Before furthering into the Details of Salary , i want to quote what Field Marshal Manekshaw once said –

” You won’t be rich! You won’t have wealth, But you will have something much better, Respect in a professional army. You will be respected wherever you go”

The salary of Lieutenant consist of  Basic Pay, DA, Grade Pay, Military Service Pay, Tech Pay, House Rent Allowance and Transport Allowance. These rates are not statutory and are subject to change

basic pay is the “minimum wage” which provides “not merely for the bare sustenance of life but for the preservation of the efficiency of the workers by providing some measure of education, medical requirements and amenities.” The basic pay for a Lieutenant is 15,600/-

The Range of amounts that someone can be paid when they are at a particular level in an organization or job is Grade Pay. Lieutenant are entitled to a basic pay of 5400

Military Service pay is the special allowance Military personnel are entitled to for the hardships they bear while providing their precious services to the nation. The MSP provided to a  Lieutenant is INR 15,500/-

Apart from the Salary the Officers are entitled to different kind of Allowances which are discussed in the table given below.

In Hand Salary of Lieutenant in Indian Army

So from the above information it might be clear to you that Salary of a lieutenant comprises many allowances and constituents, After adding all the components and subtracting all the deduction the In hand Salary of newly commissioned Lieutenant becomes approx around 60,000/-65,00/.

Q1. What is the salary of brigadier?

Ans. Average Indian Army Brigadier salary in India is ₹ 28 Lakhs for employees with years of experience.
Q2. What is the highest level of salary in the Indian Army?
Ans. The Highest pay Level in Indian Army is Level 18.
Q3. Who Are eligible for MSP?
Ans. Cadets recruited as Lieutenant, Captain, Major, Lieutenant Colonel, Colonel or Brigadier in Army or equivalent posts in Air Force and Navy are offered the Military Service Pay (MSP).

What is the salary of brigadier?

Average Indian Army Brigadier salary in India is ₹ 28 Lakhs for employees with years of experience.

What is the highest level of salary in the Indian Army?

The Highest pay Level in Indian Army is Level 18.

Who Are eligible for MSP?