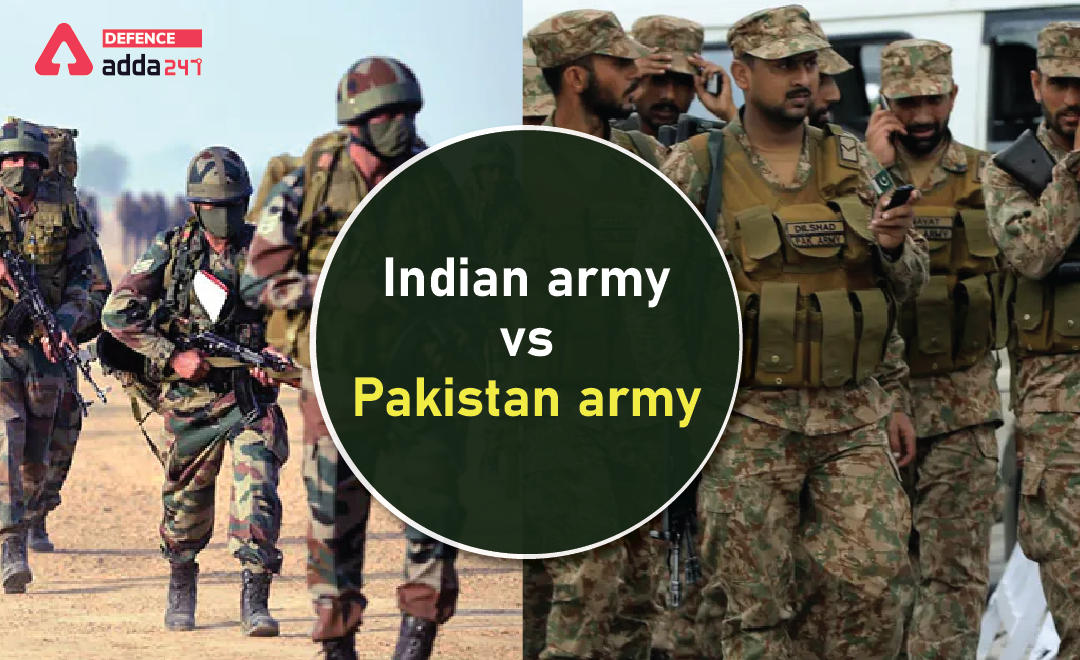 As we know there is always some tension prevails between these two nuclear-armed neighbouring countries. Looking at their current bilateral relations and it’s hard to believe that these countries were divided into two different countries from a single country after India got independence from Britishers. Looking at their bilateral relations in all these past years, it looks like they have been carrying forward this bitter animosity from ancient times. In these last seventy years, the two armies have fought four times against each other.

In this article we will try to understand the army strength of two countries on the basis of Global Firepower Ranking Index 2022. Analyzing the military strength of the two countries according to the most recent study from Global Firepower Ranking, It’s quite clear that pakistan lags much behind India and India enjoys a strong numerical advantage over Pakistan in both conventional and nuclear weapons, giving it an upper edge in dealing with its perennial enemy.

India Army vs Pakistan Army: What is Global Firepower Ranking?

It is a ranking based on total available active military manpower by country, from highest to lowest. Data given below is a researched work which has utilized over 50 individual factors to determine a given nation’s PowerIndex (PwrIndx) score. In order to give a detailed information they have collected data in the form of different categories like the defense budget of the country, its active personnel and every other small detail like the number of frigates available.

If we talk about war history of both the countries, every time, Pakistan, had considered itself much more powerful than it really was, and it led to its humiliating setbacks many a times and in order to prove its capabilities Pakistan has used its cheap tactics by birthing terrorism in its own country and that has also put peace of India in peril multiple times.

But one most advantageous point to Indian Army is that their main and only task is to focus on their own operations unlike Pak Army which focuses on running businesses and institutions by interfering in politics and aims to topple the democratic government whereas In India, government has absolute control over Army and it always try to come with best of the ideas for the smooth functioning of Indian Armed forces and to make, these two institutions that is, government and Indian armed forces. cooperate well together in order to get best out of them.