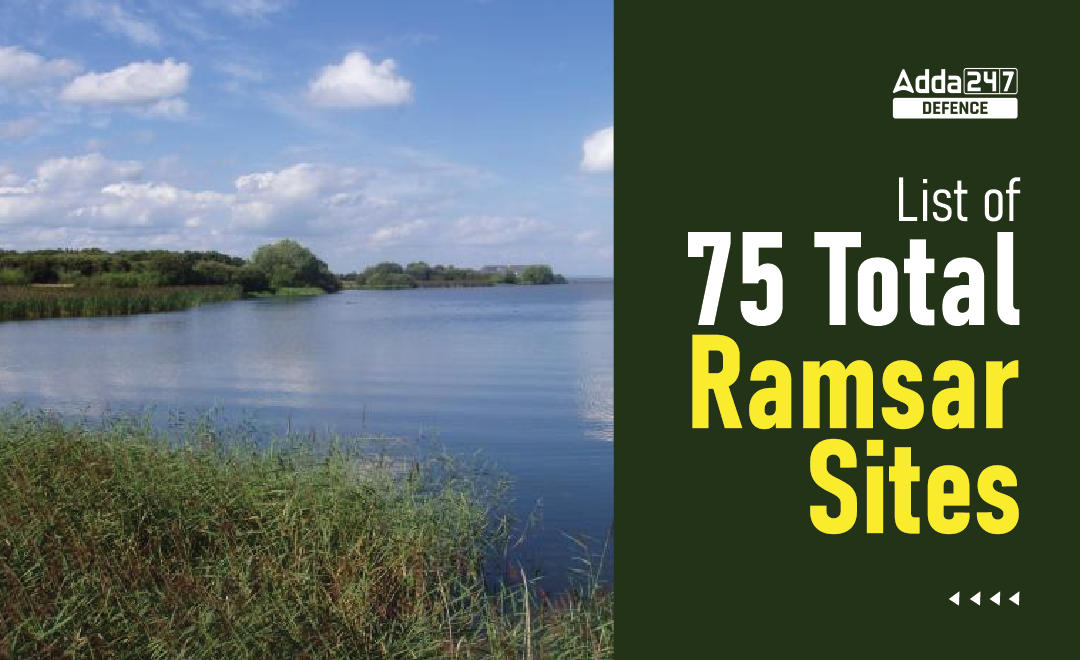 Recently, India has added 11 new wetlands to the list of Ramsar sites and with that, the total number of Ramsar sites in India has reached to total of 75 Ramsar sites. All these sites cover a total area of 13,26,677 hectares in the country on the year when India marks its 75th year of Independence.

What are Ramsar Sites?

A Ramsar site is a wetland site which has given international importance as per the ‘Ramsar Convention’. or ‘Convention on Wetlands’. It is an international established by UNESCO, a treaty for the conservation and sustainable use of Ramsar sites.  It came into force in 1975. The Ramsar convention has been given its name after the city where it took place in 1971, which is Ramsar in Iran. Giving the status of the Ramsar Site helps in the protection and management of wetlands and justified use of their resources.

As per the latest data, There are a total of 171 signatories nation to the convention and India became one of them on February 1, 1982.

The Ramsar Convention on Wetlands defines wetlands as “areas of marsh, fen, peat land or water, whether natural or artificial, permanent or temporary, with water that is static or flowing, fresh, brackish or salt, including areas of marine water the depth of which at low tide does not exceed six meters.”

The mission which has been decided by the Convention is “the conservation and wise use of all wetlands through local and national actions and international cooperation, as a contribution towards achieving sustainable development throughout the world”.

In this article, we will go through the list of a total of 75 Ramsar Sites of India along with the other related information of them. Check the list given below  –

Que. Which state of India has the maximum number of Ramsar Sites?
Ans. Tamil Nadu has a maximum no. of Ramsar sites. Total 14 Sites.

Que. Which state has the second most number of Ramsar Sites in India?
Ans. Uttar Pradesh has a total of 10 Ramsar sites.