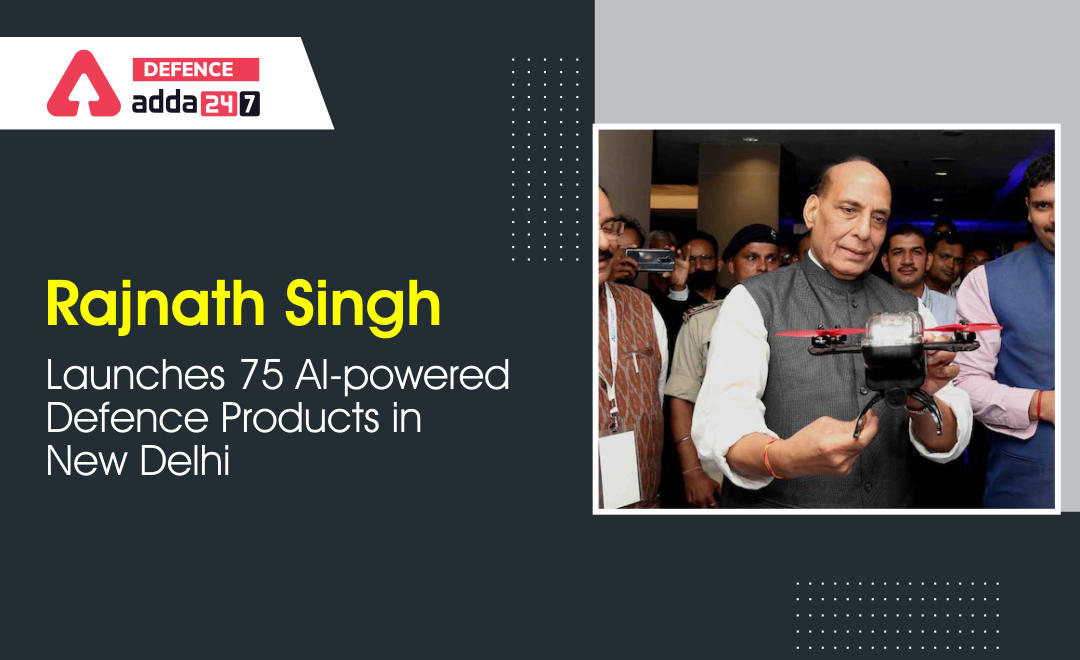 Union Defence Minister Rajnath Singh launched 75 newly-developed Artificial Intelligence (AI) technologies during the first-ever ‘AI in Defence’ (AIDef) symposium and exhibition. Exhibition was organised by Department of Defence Production, Ministry of Defence. It was organised at Vigyan Bhawan in New Delhi on 11th of July.

The event featured an exhibition to showcase the cutting-edge AI-enabled solutions developed by the services, research organisations, Industry and start-ups and innovators and the launch of AI products for the market.

Mr. Singh published a physical along with the e-version of the book which has the information about these 75 products, highlighting the collaborative work done in the past four years in the field of Artificial Intelligence by the Services, the Defense Research & Development Organization (DRDO), the Defense Public Sector Undertakings (DPSUs), iDEX start-ups, and the private sector. He gave a thanksgiving speech to appreciate efforts of everyone and praised AI as a revolutionary breakthrough in human evolution and said that it is now evident that humans are the most evolved creatures in the world. He was actually surprised that a human intellect is not just able to produce information, but is also capable of creating knowledge itself.

In his address, He mentioned that practically  in every industry, including defence, health and medicine, agriculture, trade and commerce, etc, AI has made progress. He requested all the stakeholders of defence industry to strengthen the connection between human awareness and AI’s capacity to finally bring a significant shift in the industry.