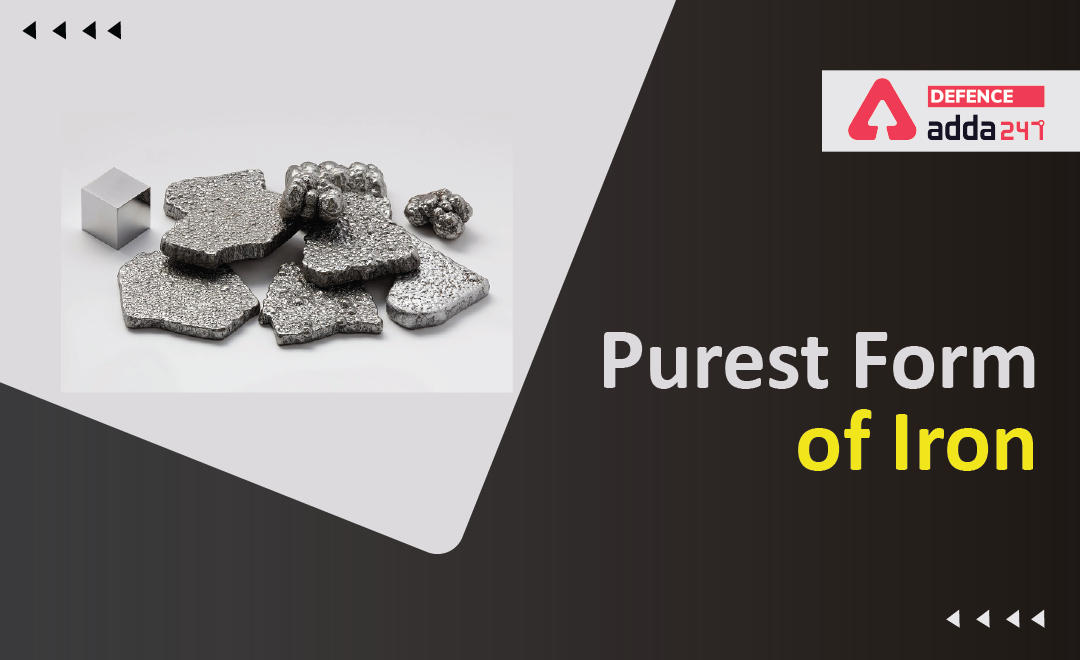 What is the Purest Form of Iron ?

Wrought iron is the purest form of iron. It contains 0.12 to 0.25% carbon. The purity of iron is classified on the basis of carbon content in it. Iron is chemical element with atomic number 26 and symbol Fe(from Latin word ferrum).

The production of Iron or steel consists of mainly two stages . In first stage pig iron is produced from blast furnace and in the second stage it is converted into wrought iron, steel or cast iron.

Wrought iron is the purest form of iron available commercially available and is prepared from cast iron by heating cast iron in a furnace lined with Haematite (Fe2O3). The Haematite reacts with Carbon in the cast iron to give pure iron and carbon monoxide gas which escapes.

Q2. Is cast iron impure?
Ans. No, Cast iron is the purest form of iron.