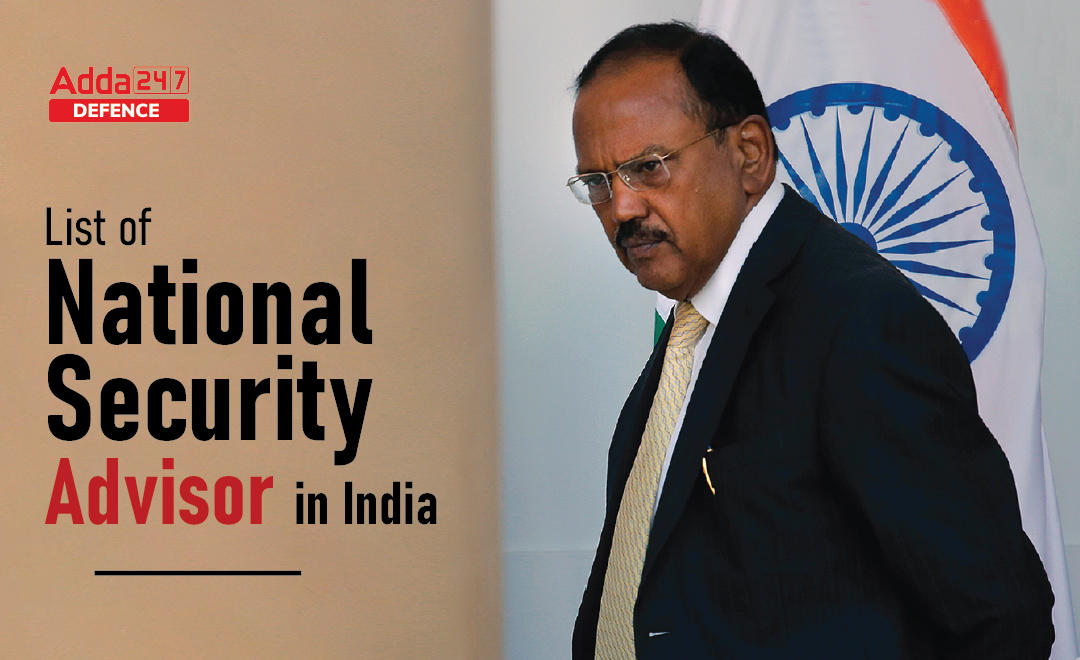 His primary role includes advising the Prime Minister of India in matters related to internal and external risks and opportunities, as well as looking into strategic and sensitive issues on his behalf. He is also the Prime Minister’s Special Interlocutor with China and a security ambassador to Pakistan and Israel.

The NSA has also the responsibility of presenting reports of all intelligence organisations like RAW, IB, NTRO, MI, DIA, NIA etc to PM. Deputy National Security Advisors assists NSA in discharging his duties. Formulation of national security policies is managed by policy group which is consisted of The vice-chairman of the NITI Aayog, the Cabinet Secretary, the three military commanders, the Governor of the Reserve Bank of India, the Foreign Secretary, the Home Secretary, the Finance Secretary, and the Defence Secretary are among the members of the group.

First National Security Advisor of India. Brajesh Mishra, was then Principal Secretary to the Prime Minister. This designation was instituted  on 19 November 1998 by then PM Atal Bihari Bajpayee. In 2004, government of PM Manmohan Singh separated the office of NSA into two branches, foreign and internal, headed by former Foreign Secretary J.N. Dixit and former Director, IB M.K. Narayanan respectively. After the demise of Dixit in 2005, both the branches were combined again and Narayanan was appointed as the first full-time NSA. Former Foreign Secretary Shivshankar Menon succeded him in 2010. Government led by PM Modi appointed former Director, IB Ajit Doval as the NSA in 2014 who is currently serving the office.