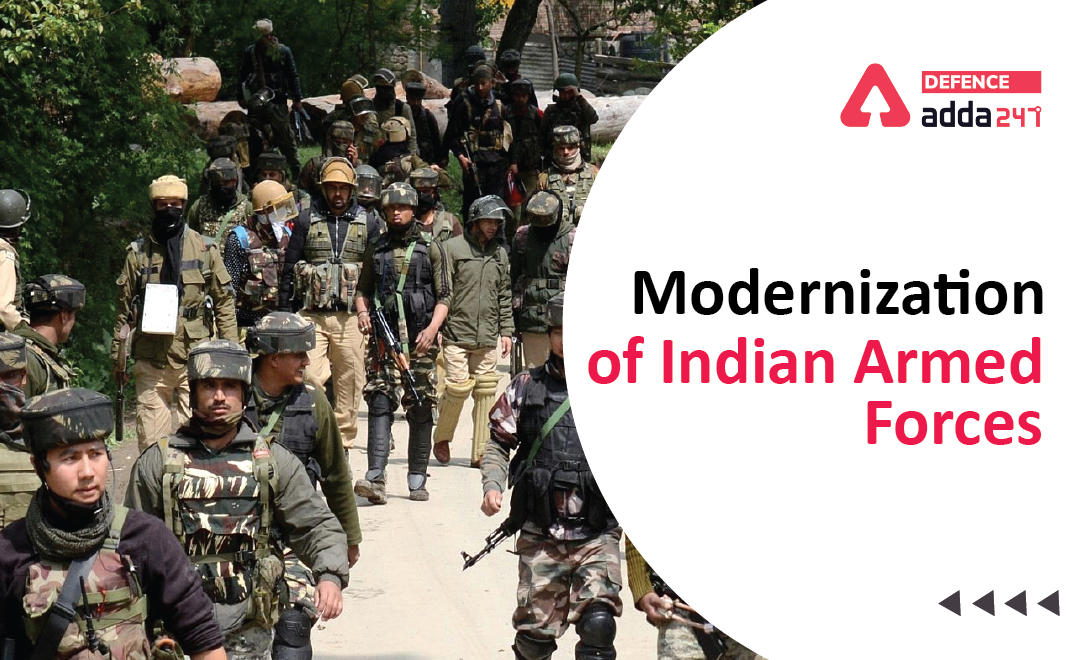 “Look around you. Everything changes. everything on this earth is in a continuous state of evolving, refining, improving, adapting, enhancing, and changing. You were not put on this earth to remain stagnant.” Dr. Steve Mataboli

So we can see Changes are Important to thrive in this ever changing world and when it comes to Armed  Forces they are the way of exhibiting one’s Prowess to the world so development an Modernization become the most aspects of this power exhibition, keeping the same thought in mind India is in it’s way to become better and more powerful, in this article we will understand the need for Modernization and the efforts to achieve the same.

What do we mean by Modernization of Armed Forces ?

Indian Army is the Third largest army In the world, but the weapons we have the systems we operate are obsolete, we might be ahead in numbers but we need to enhance ourselves for portraying the power our strength signify .

Modernization means preparing the Army for future, Increasing its self reliance and optimizing its resources for the maximum efficiency in the current scenario,equipping it with modern weapon and weapon systems, supporting by technology based systems to meet the upcoming challenges.

Without any doubt the Armed forces are in dire Need of modernization, who don’t want Peace? but the cost of sustaining peace and integrity is quite high , a Robust Army ensures a batter geopolitical standpoint, and to insure the power play it is necessary to equip  the military with the latest technology , new and advanced Weapons are a necessity to stand equal to the world powers, a better surveillance system becomes crucial given the hostility of the Neighboring countries. hence there is no option but Modernization to secure the nation from all kind of threats.

Efforts For the Modernization

In a recent Webinar regarding the union Budget  the Prime Minister listed a series of measures taken to boost self-reliance in the defense sector. Rs 4.78 lakh crore has been assigned for the Ministry of Defence in the Budget, with a nearly 19% increase in capital outlay. This Year Great emphasis will be given to the  Indigenisation , which means maximizing the production of defense equipment in India.