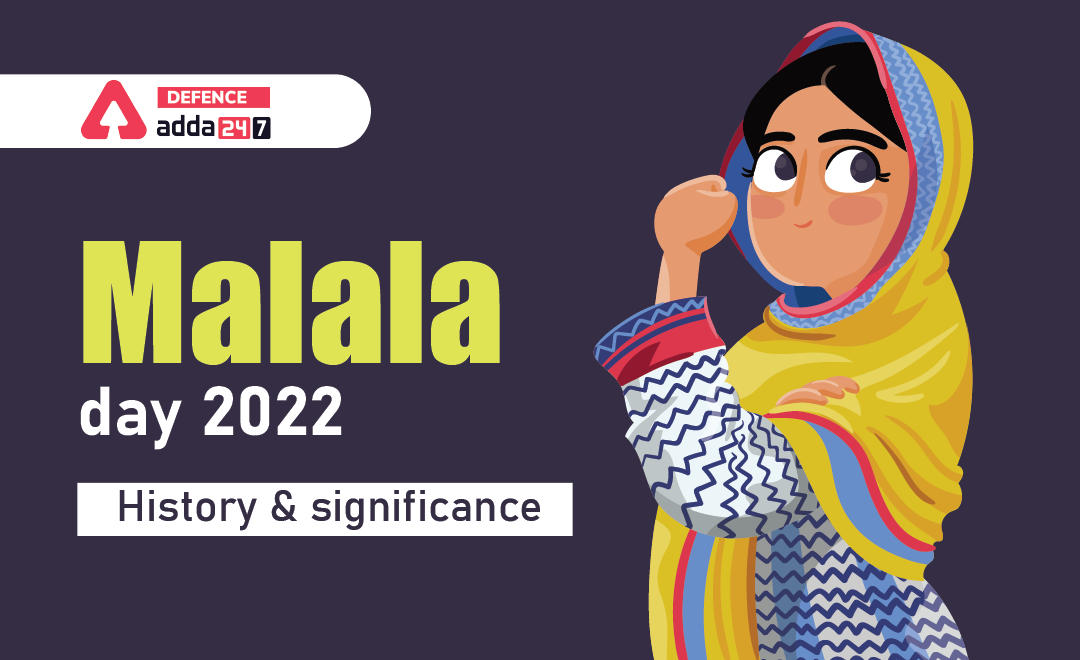 Birthday of Pakistani activist, Malala Yousafzai is celebrated annually on 12th of July worldwide as International Malala Day. She is an activist who is fighting for women’s right to education globally as she was never allowed to enter school as a young girl.

This day was designated by United Nations (UN) to honor all the young woman globally who has been advocating for female education and now this day is remembered to highlight the importance of education of girls and to make an appeal to all the world leaders to ensure compulsory and free education for every child.

At that time, 16-year-old Pakistani activist delivered a moving speech at the headquarters of United Nations on July12, 2013. She highlighted the importance for access to women’s education globally and urged the world leaders to reform their policies to bring a change. This speech got viral at that time and influenced a lot many personalities. And that was the day when UN promptly decided to celebrate that day every year as ‘Malala Day’ to honour the young inspiring activist.

Malala Yousufzai was belongs to Mingora of Pakistan. She was born in 1997. She began advocating for women’s education in 2008. In 2012, When she was going to school with other girls, she was attacked by the Taliban. However, the 24-year-old activist refused to stay back and raised her voice more strongly to support education for girls. Yousufzai became the youngest recipient of the Nobel Peace Prize after receiving it at the age of 17. Till date, the young lady has received more than 40 globally recognized awards and number of honors for her determination and perseverance.

Malala co-founded the Malala Fund with her father. It is a platform to support education of young girls and create awareness on the same issue. With the collaboration of Vital Voices Global Partnership, they succeed in making a change at various places.

She was given the title of “United Nations Messenger of Peace” in 2017 for her efforts of raising awareness about the significance of girls’ education. Not just this, In honour of Yousufzai, an asteroid was named after her in 2015. In 2018, the activist joined Oxford University to study Philosophy, Economics and Politics. She completed her course in 2020. She is now married to married to Asser Malik who is currently a manager at the cricket governing body of Pakistan.

As around 130 million girls are still deprived of fundamental education, so the people like her is a ray of to actually bring some change in the alarming condition of rights of women in society. She is an inspiration for other girls who are struggling for their rights and also become a great example of how with the courage and determination, you can achieve something which looks like impossible to have.