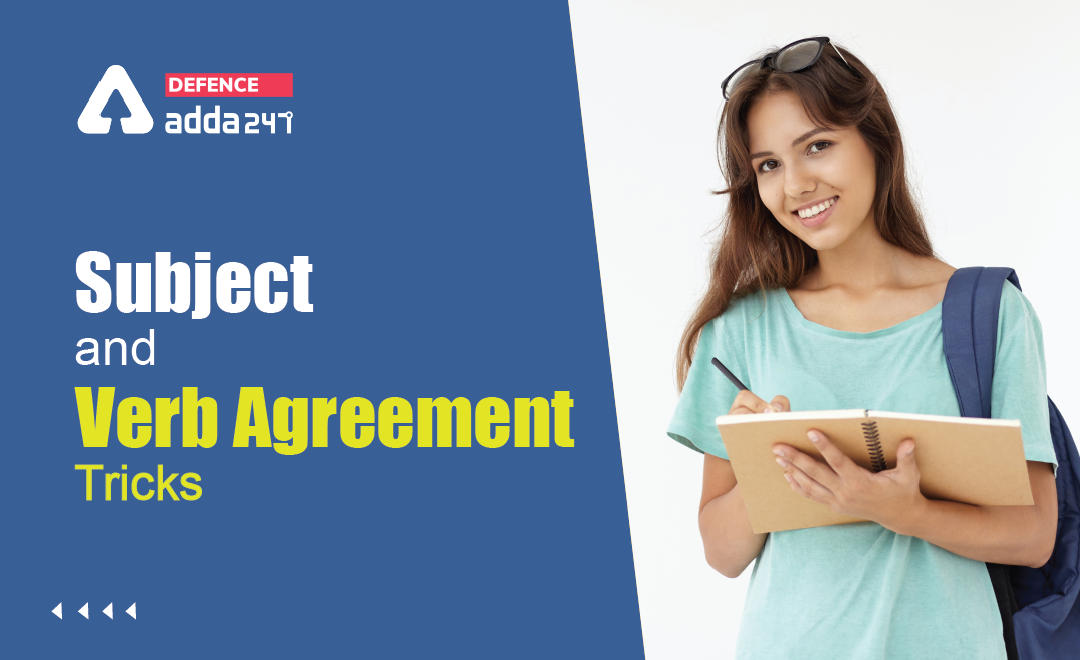 English Section plays an extremely important role in cracking almost every aspired exam these days for it being an ineluctable section to crack the exam in the long run. Defence Exams like NDA, CDS, CAPF and others have added up English Section to check the basic comprehension knowledge of the candidates in English Language where being well aware of grammar rules is an inescapable task if you are really devoted towards your goal. Gone are the days when candidates used to remain oblivion of in-deep knowledge regarding English Language. In this vying backdrop, you have to cut the mustard in every aspect to perform like a victorious entity.
Through our platform DefenceAdda, our motive is to reach at every door of defence aspirant to deliver smart study material in every accessible way. In this post, we will cover all the important Grammar rules and tricky scenarios in the form of “ENGLISH STUDY NOTES” on SUBJECT AND VERB AGREEMENT which is an essential part of English Grammar.

The verb must agree with its subject in number and person