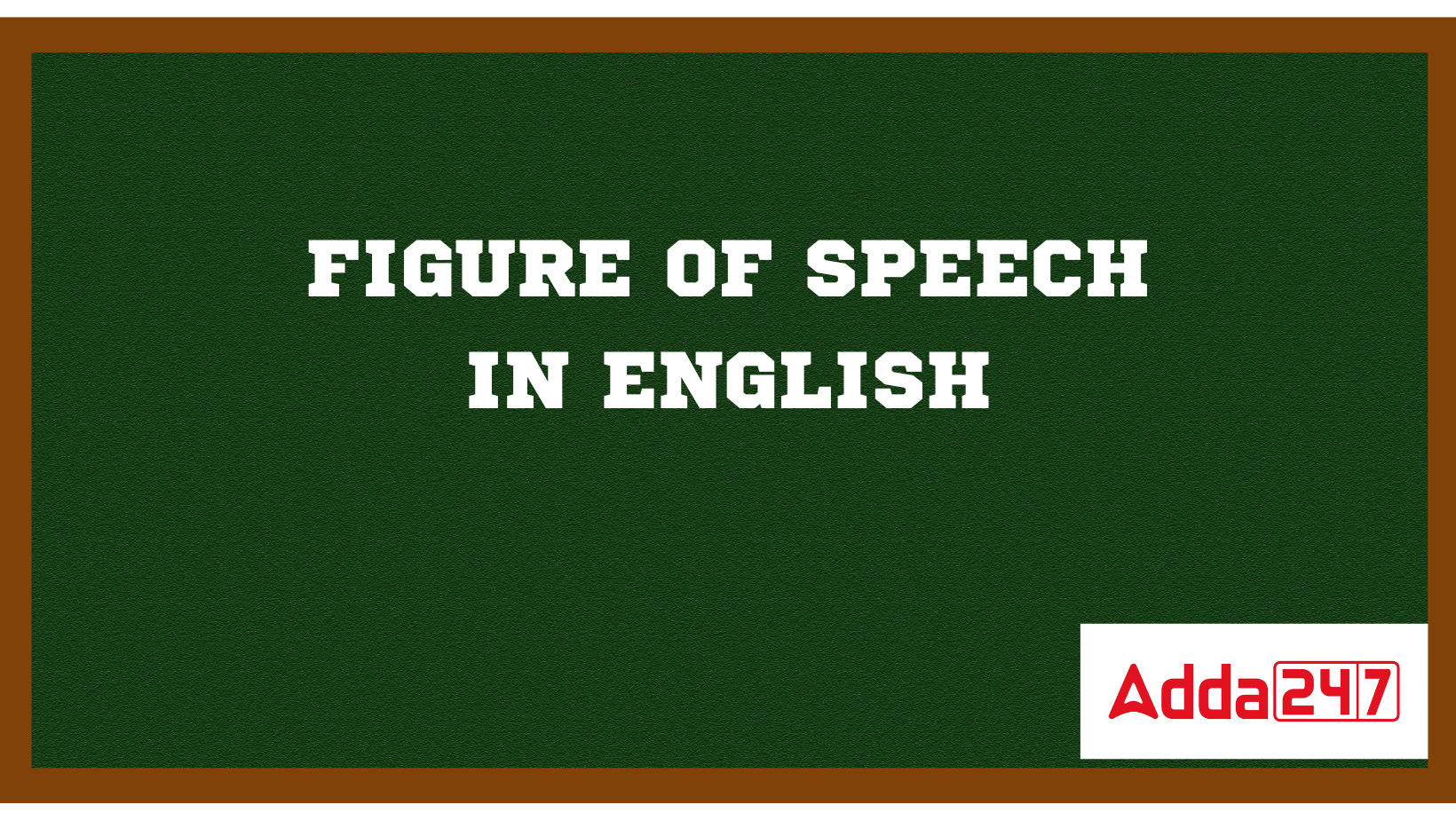 Figure of Speech in English

Figure of Speech- There are approximately fifteen to twenty figures of speech in English grammar. However, some of them are utilised more frequently than the others. Let’s examine the most frequently employed figurative language.

A figure of speech is a phrase designed to elicit a stronger response from your reader or listener. Making contrasts, associations, exaggerations, and comparisons are all included. Additionally, it paints a much clearer image of your message.

To get a better understanding of what a figure of speech is, let’s look at how it is defined in several dictionaries.

A figure of speech is described as “a style of phrase (such as a simile or metaphor) used to transmit meaning or heighten the effect, frequently by comparing or connecting one item with another that has a meaning or connotation recognisable to the reader or listener” in the Merriam-Webster Dictionary. A figure of speech is defined as “a phrase in which the words are employed symbolically, not in their usual literal meaning” by the Macmillan Dictionary.

It improves how beautiful the text is. It deepens the meaning of the text and makes the reader wonder. It gives the writer’s words more vitality. The use of figures of speech not only reveals the author’s intention but also explains why he chose certain words.

It gives the text flavour and greatly improves the reader’s enjoyment of it.

There are five main types of figures of speech, which are listed below:

Figures of resemblance: It is also known as the figure of relationship. It is made up of simile, metaphor, or kenning.

Figures of emphasis: It is also known as a figure of an understatement. It is made up of hyperbole.

Figures of sound: It uses alliteration.

Verbal games: It is also known as gymnastics. It includes puns.

Errors: It is created of malapropism and usually generated because of blunder.

Different types of figure of speech are discussed below in detail

The basic purpose of a simile, which is a figure of speech, is to compare two or more items that have a comparable quality. It compares things using words like “like” or “as.”

A metaphor is a figure of speech that differs from a simile in that it is used to draw comparisons. Instead, it presents the analogy as if it were accurate. It is possible to define a metaphor as an implicit comparison. It compares objects or concepts that are typically at odds with one another.

Personification is a figure of speech used to give qualities of people to things that are not people. It can also be utilised to provide a human face to an intangible feature.

Personification is described as “the practise of representing objects, characteristics, etc. as persons, in art and literature; an item, quality, etc. that is portrayed in this way,” in the Oxford Learner’s Dictionary. Personification is described as “the act of providing a human attribute or characteristic to something which is not human” by the Cambridge Dictionary.

Apostrophes are figurative language devices that are employed to refer to absent or deceased individuals. It may also be applied to a non-living thing or an abstract attribute or idea.

When two words are combined in a statement but appear to be at odds with one another, the sentence is considered an oxymoron. An oxymoron is a figure of speech that purposefully combines two opposing viewpoints. The reader or listener’s mind is given a paradoxical image by this conflict, which gives the text as a whole a new concept or meaning.

When you use words to exaggerate your meaning or accentuate a point, you are using hyperbole. It is employed to give the impression that something is more significant or significant than it really is.

Puns are frequently used in plays where a word or phrase has more than one meaning. It is used to create humour. Puns are made by jokingly combining words with diverse meanings or with phrases that sound similar but have different definitions.

It is made up of several words that all begin with the same letter. Alliteration is the repetition of a letter or sound at the beginning of two or more words.

The word is used to describe a sound in this figure of speech. Onomatopoeia is the term for when we use words to describe an action by using the sounds associated with it. In fiction or nursery rhymes, it is typically employed as in the phrase “Old Macdonald had a farm E-I-E-I-O.” To get this impact, words like whoosh, splat, buzz, oink, click, etc. are utilised.

Anaphora is a literary device when several sentences or poems begin with the same word.

A figure of speech known as assonance is characterised by the use of words with identical vowel sounds placed one after the other. It can be categorised as an alliteration variant.

The use of soft, mild, ambiguous, or indirect language in place of blunt, rude, or harsh ones is referred to as euphemism.

Irony is the use of language in opposition to one’s actions and words. It’s like when words are spoken but not understood.

Synecdoche refers to the representation of a part by a whole or a whole by a part.

When you attempt to convey something unimportant or of lesser importance.

Que. What are the 12 types of figure of speech?

Que. What do you understand by figure of speech?

Ans. A figure of speech is a phrase designed to elicit a stronger response from your reader or listener. Making contrasts, associations, exaggerations, and comparisons are all included. Additionally, it paints a much clearer image of your message.

Que. What is the definition of figure of speech?

Que. How many figure of speech are there in the English language?

Ans. There are approximately fifteen to twenty figures of speech in English grammar. However, some of them are utilised more frequently than the others.

Que. What are the examples of Simile?

Ans. Examples of Simile are: