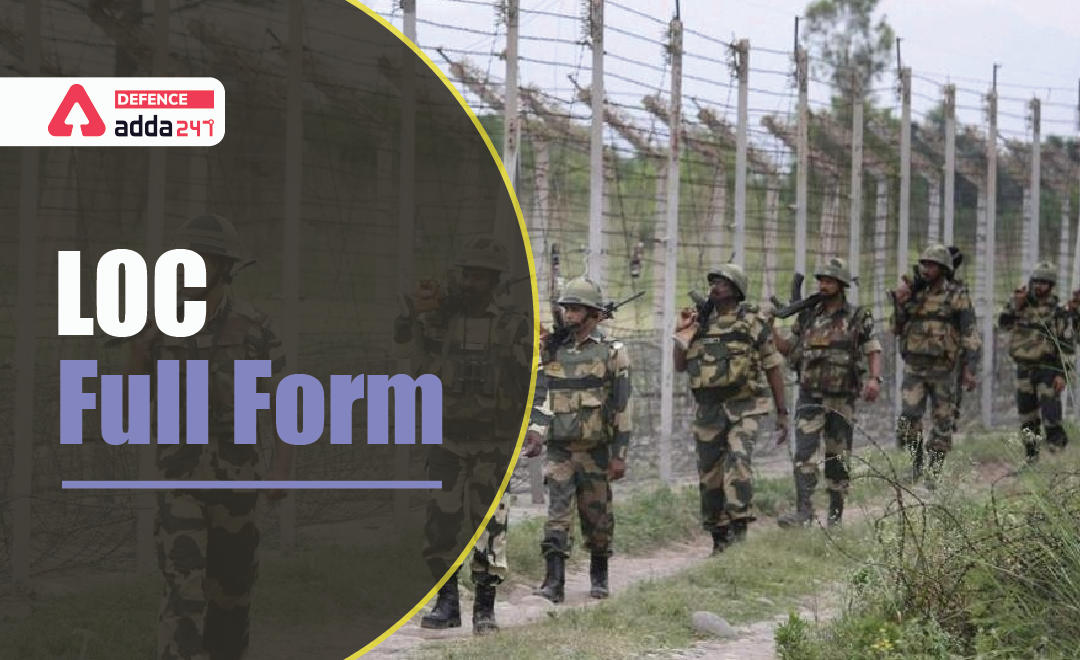 You don’t see any borders between countries from space. That’s man-made, and one experiences it only when you return to Earth. – Sunita Williams

Sadly we need boundaries and borders to demarcate our territories, and the borders often become battlefields due to the tendency of acquiring territories to prove one’s supremacy.

LOC, which stands for Line Of Control is the border between India and Pakistan, the two countries often which were once united now are at loggerheads because of the border issues. The former US President once even said that “LOC is one of the most Dangerous places in the world“.

It came into existence after the Shimla Agreement at the end of the War of 1971 between Pakistan and India . Both nations agreed to rename the ceasefire line as the “Line of Control” and pledged to respect it without prejudice to their respective positions. Apart from minor details, the line is roughly the same as the original 1949 cease-fire line.

Maharaja Hari Singh, the ruler of princely state of Jammu and Kashmir signed “Instrument Of Accession” with India on 26 October 1947, which meant J$K was allowed to accede to India with respect to Defense, External Affairs and Communication but Pakistan denied this Legal Accession and tried to capture it owing to Muslim populated area and this became the cause of conflict between India and Pakistan, which resulted in first Indo-Pak war of 1947. This war ended with the ceasefire of 31 December 1948, the line where both armies were at that time became line of ceasefire. Later this line became the LOC.

After Bangladesh Liberation War of 1971, India and Pakistan signed “Shimla Agreement“. This agreement suggested both the countries will resolve their disputes peacefully. Shimla agreement converted the ceasefire line into LOC and it was declared that no party will change it unilaterally.

NJ9842, beyond which lies the Siachen Glacier, is the northernmost point of the Line of Control. It  became a bone of contention in 1984. To the south of the Line of Control lies the border between Pakistani Punjab and the Jammu province, which has an ambiguous status: India regards it as an “international boundary” while Pakistan calls it a “working border”.

India is vulnerable to infiltration along the LOC. LOC is subjected to many ceasefire violations and wars, countless of soldiers we have lost in these deadly fights. Kashmir war of 1965, Kargil in 1999, Indo – Pak war of 1971 have given us wounds which never stop hurting. Indian Soldiers have always proven their worth but the question is not of victory. The question is what are we doing to ensure the safety and security of our soldiers, how many lives need to be sacrificed for this deadly battle of occupation ?

Q1. How many wars India and Pakistan fought?

Ans.  India and Pakistan have been in four wars, including one undeclared war, and many border skirmishes and military stand-offs.

Q2. Is LOC fenced?
Ans. The fence generally remains about 150 yards (140 m) on the Indian-controlled side with purpose of excluding arms smuggling and infiltration by Pakistani-based separatist militants.

How many wars India and Pakistan fought?

India and Pakistan have been in four wars, including one undeclared war, and many border skirmishes and military stand-offs.

The fence generally remains about 150 yards (140 m) on the Indian-controlled side with purpose of excluding arms smuggling and infiltration by Pakistani-based separatist militants.