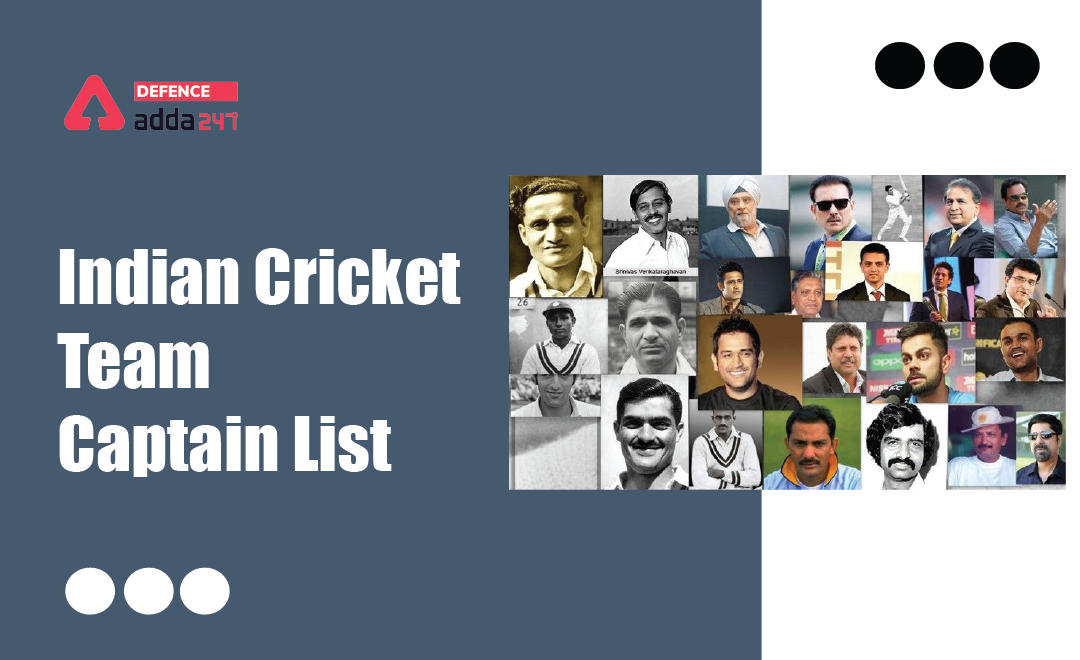 The author of this quote is none other than our captain cool, Mahendra Singh Dhoni. The captain-ship is a very challenging role specially when you are captain of a Cricket Team and that too Indian Cricket team .

In India, every cricket season is nothing less then a festival,  every street, every colony, every neighborhood has its own Cricket Team. The cricket mania leaves people glued to their TV screens and the happiness that they get when Indian cricket team wins is priceless.

Fortunately enough questions related to cricket are an inseparable part of static GK asked in competitive exams. So here we are providing you a list of all the captains of Indian Cricket team till date.