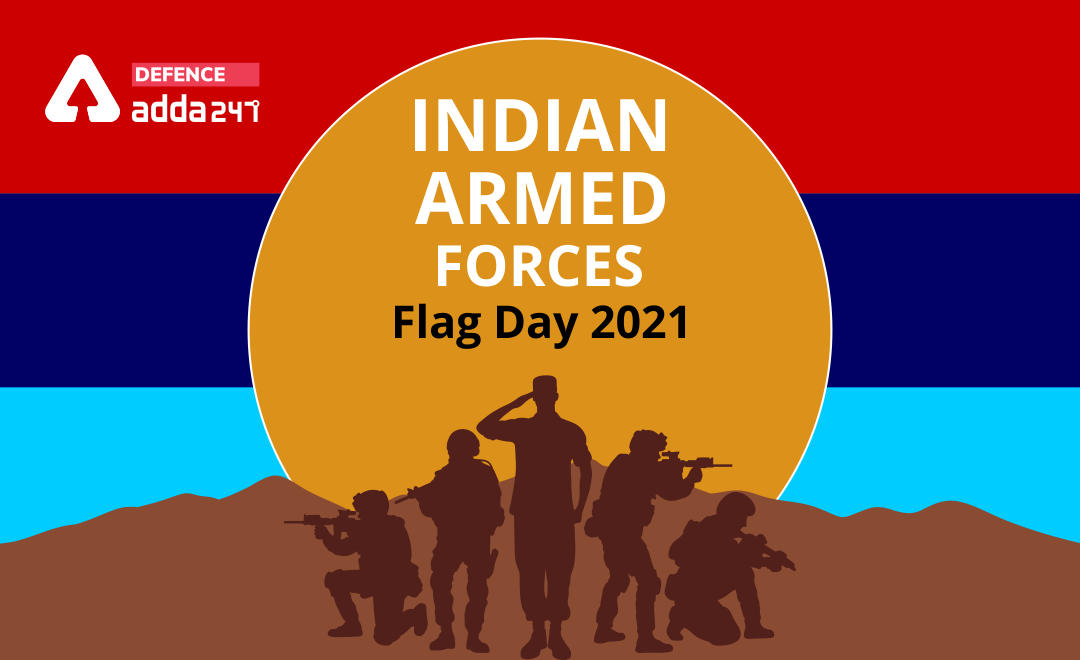 The Armed Forces Flag Day is observed all over the nation on December 7 every year to respect our warriors in uniform who fought and are fighting selflessly on our borders.  The day is additionally committed to the collection of funds from the people of the country for the welfare of the Indian Armed Forces staff. Funds are gathered from all over the nation for the welfare of children of the martyrs, their widowed wives, and for soldiers and ex-servicemen who have been severely injured or disabled in the line of duty.

Indian Armed Forces Flag Day has been observed every year in India since 1949. It began when a committee set up under the then defence minister on 28 August 1949 chose to notice a Flag Day yearly on December 7. Around then, the thought behind the day was to distribute small flags to the individuals of the nation as to collect some fund and donation.

Over the years it gained more importance as it started to be considered that the civil population of India is responsible to take care of the families and dependents of the armed forces personnel who fight selflessly and lay down their lives for the country.

Apart from the collection of donations through the distribution of flags, all three armed forces i.e, the Indian Army, the Indian Air Force, and the Indian Navy organise shows, dramas, and other entertainment and educational functions for the general public.

The Armed Forces Flag Day fund, which was set up in 1949, is managed in the country by locals arms of the  Kendriya Sainik Board (KSB), which comes under the Ministry of Defence of Government of India.

Give your Contribution to the Flag Day Fund Here

Contributions for the Flag Day Fund are received throughout the year from the Public.

As per the Kendriya Sainik Board Secretariat website, contributions to the Fund are recommended to be sent through account payee cheques payable to”Armed Forces Flag Day Fund” C/o Secretary, Kendriya Sainik Board, Ministry of Defence, West Block IV, Wing-VII, 2nd Floor, RK Puram, New Delhi – 110066 or may be deposited directly into the following banks in favour of “ARMED FORCES FLAG DAY FUND” in account numbers mentioned against them.