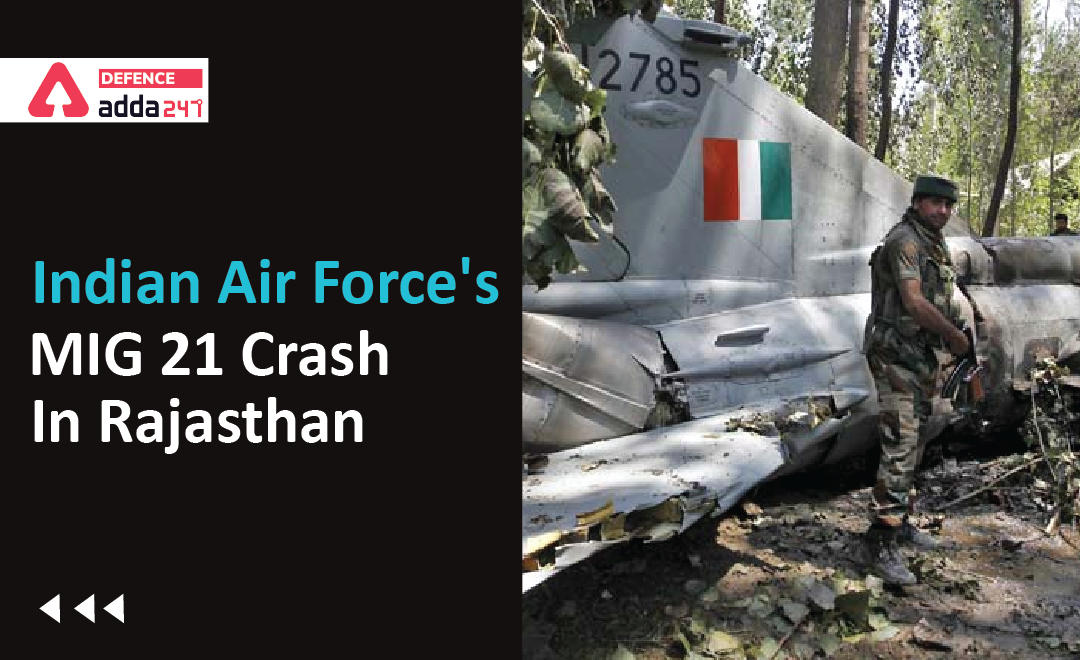 Mig21 The Flying Coffin recently crashed again at the Desert  national park area of Jaisalmer, Rajsthan. Wing Commander Harshit Sinha lost his life during the tragic accident. The plane crash was spotted by a forest guard and then the police were informed.  it was around 8: 30 in the evening when the plane was crashed during a Training sortie.
IAF  paid its tribute to the brave wing commander with a tweet that said

”With deep sorrow, IAF conveys the sad demise of Wing Commander Harshit Sinha in the flying accident this evening and stands firmly with the family of the brave heart”

It is not the first time we lost our War Heroes to a plane crash, Mig 21 has already taken toll on many precious lives, it is time we understand that our soldiers are not just pawns of chess, and their lives are not a thing to put on risk, they are precious then anything else we possess.