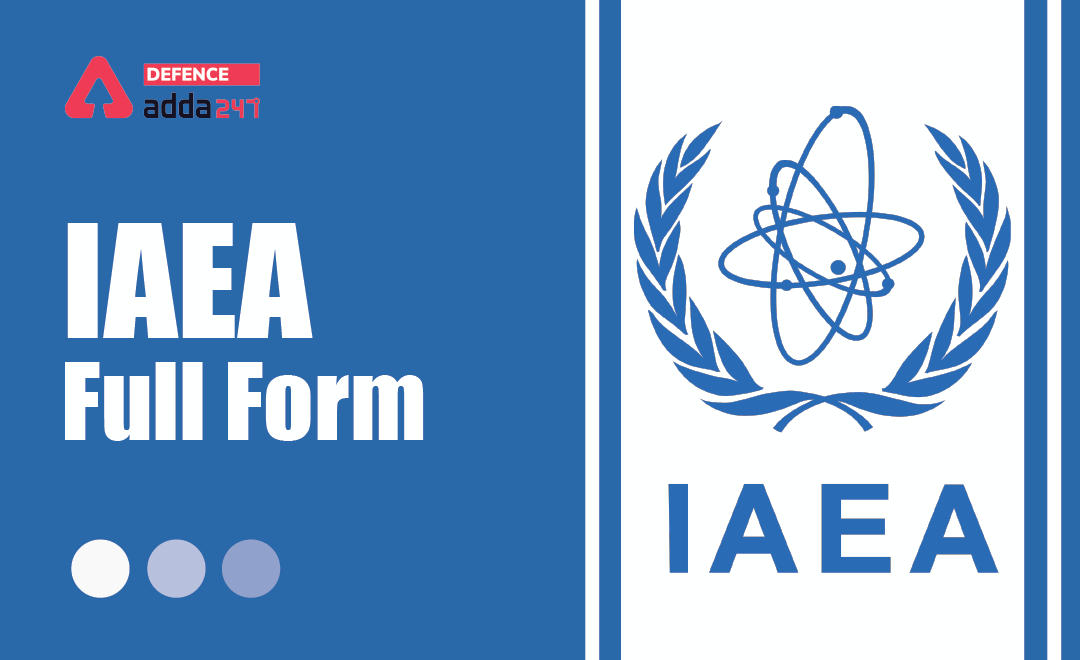 IAEA is the acronym for  International Atomic Energy Agency, it is  vested with the duty of promoting Safe and peaceful use of nuclear weapons and at the same time prohibiting the use of nuclear weapons for militant unrest.The IAEA headquarters are located  in Vienna, Austria with it’s  two “Regional Safeguards Offices” which located in Toronto, Canada, and in Tokyo, Japan.The IAEA is essentially  an autonomous organisation,it  is not under direct control of the UN, but the IAEA does report to both the UN General Assembly and Security Council.

The idea for an organisation which can regulate the use of  atomic power for the first time was put forward by, U.S. President Dwight D. Eisenhower  in 1953 in his address atoms For peace in UN General Assembly.However , in September 1954, the United States proposed to the General Assembly the creation of an international agency to take control of fissile material, which could be used for nuclear operations ,it was supposed to be  a kind of “nuclear bank.”

From 8 to 20 August 1955, the United Nations Organised the International Conference on the Peaceful Uses of Atomic Energy in Geneva, Switzerland and  In October 1957, a Conference on the IAEA Statute was held at the Headquarters of the United Nations to approve the founding document for the IAEA, which was negotiated in 1955–1957 by a group of twelve countries. The Statute of the IAEA was approved on 23 October 1956 and it finally came  into force on 29 July 1957.

The interests and needs of Member States guide the IAEA MISSION. The Three main pillars of work which define the IAEA’s mission are

The Three Missions of IAEA are as follows

The IAEA is mainly attributed  to pursue the “safe, secure and peaceful uses of nuclear sciences and technology” .The IAEA executes three main functions:

1.The supervision  of existing nuclear facilities to ensure they are being used peacefully.

2. To provide  information and Develop standards to ensure the safety and security of nuclear facilities.

3.To act  as a hub for the various fields of science involved in the peaceful applications of nuclear technology.

Ans. President Eisenhower evoked his address to the UN General Assembly in December 1953, at which he had proposed to establish the IAEA.

Ans. The IAEA is an autonomous international organization within the United Nations system.

Ans. Rafael Mariano Grossi is the current Head of IAEA.

President Eisenhower evoked his address to the UN General Assembly in December 1953, at which he had proposed to establish the IAEA.

Does IAEA is a part of UN?

The IAEA is an autonomous international organization within the United Nations system.

Who is the head of IAEA?

Rafael Mariano Grossi is the current Head of IAEA.