Skip to content
Home   »   How Many Commands are there in... 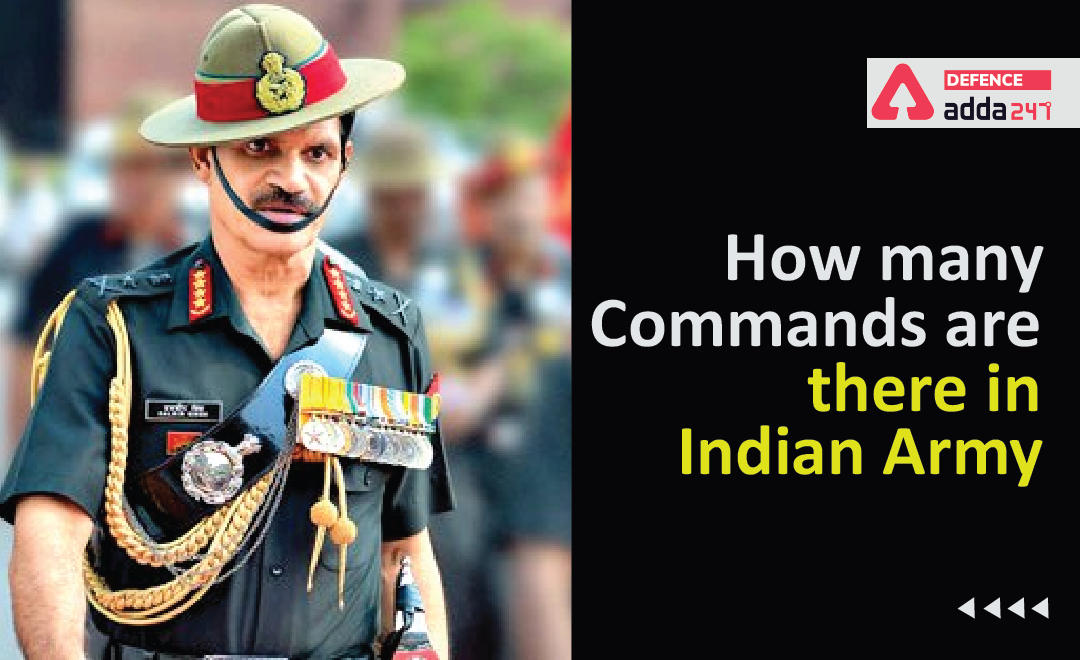 How Many Commands are there in Indian Army

The Second Largest standing army in the world and the largest component of Indian Armed Forces. The Indian Army is Undoubtedly the pride of India. The Indian Army  has 1.2 million active troops and 1 million reserve troops right now. In this article, we will try to answer your query about how many Commands are there in Indian  Army.

Before furthering to the answer you must know The Headquarter of Indian Army is in New Delhi and and is under the overall command of COAS , Chief of Army Staff. Currently COAS of India is General Manoj Mukund Narvane.

Indian Army has a total of 7 commands including one training command, Each command is headed by a general officer commanding-in-chief (GOC-in-C), known as the army commander. Each command directly reports to the army headquarter at New Delhi.

Here we will learn about all seven commands.

The Army Training Command, abbreviated as ARTRAC, is one of the seven commands of the Indian Army. It is currently based at Shimla. It was established in 1991. Lieutenant General Raj Shukla, YSM, SM is the present commander.