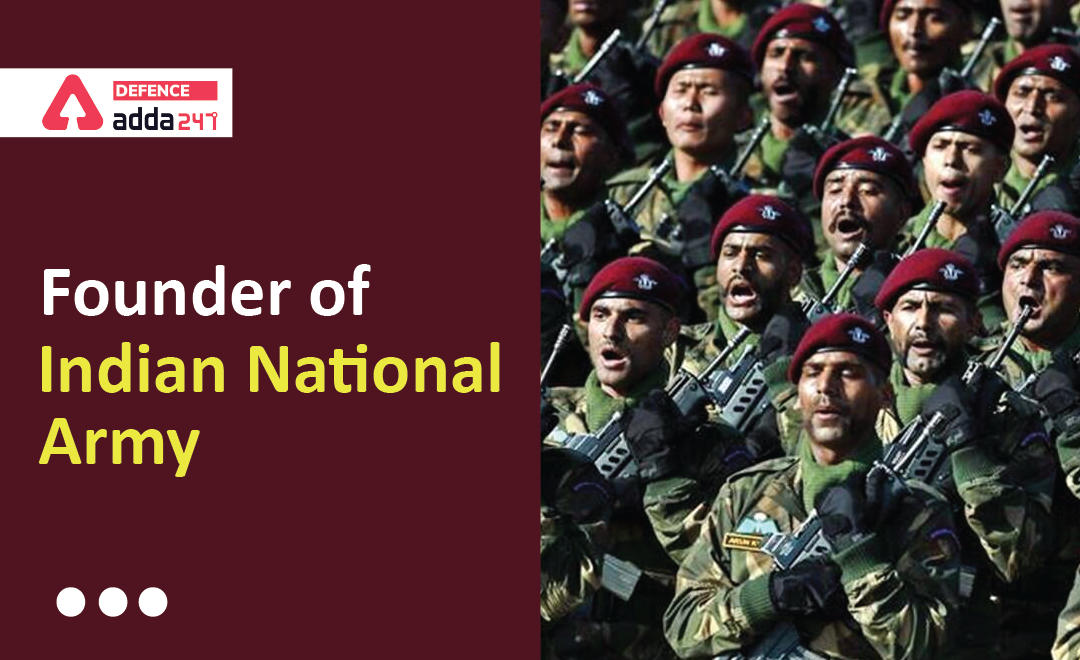 On 17 February 1942 Captain Mohan Singh founded the  First Indian National Army  from the Prisoners of War in Malaya, Mohan singh was an officer in British Indian Army who was also captured in Malayan Campaign, Mohan Singh Received  immense Japanese support and Aid, the ethnic Indians of South East Asia also lauded the cause and supported whole heatedly and Formed local leagues, these local leagues clubbed together as Indian Independence League , INA was regarded as subordinate to Indian Independence league. however by the end of Novembr 1942  disagreements arise between INA , IIL and Japanese. the unit was finally Dissolved by Mohan Singh on December 1942.

After The dissolution of INA in 1942, Ras Bihari Bose put efforts to put together INA and at the same time Subhash Chandra Bose was trying to gain popularity as a national leader and politician, people had trust in Subhash Chandra Bose and he was considered the best choice as a leader of Indian National Army.

On 4 July 1943,Bose assumed the leadership of the IIL and the Indian National Army in a ceremony at Cathay Building. Bose’s influence was notable. Remarkable, he gave INA a reincarnation, this time more stronger,  Earlier INA consisted mainly of prisoners of war this time Indian expatriates in South Asia also joined. Give me blood! I will give you freedom  became the new voice of Resistance.

INA played an important role in the Following wars

There were thousands who greeted them at the historic Minto Park. In unison they chanted loudly:

This is an excerpt from the Book AZADII which describes the day when three majors of the INA were put into Trial by the Britishers on the Red Fort , this trial sparked a fire in the nation which only extinguished after India gain its Independence.

when the world war II ceded INA joiners were treated as traitor by the British government and the Trial of leaders was to set an example before the nation,the three INA generals arraigned for the first trial were a Hindu (Prem Kumar Sehgal), a Muslim (Shah Nawaz Khan) and a Sikh (Gurbaksh Singh Dhillon).  All Eminent Congress leaders and lawyers took the cause of their Defence, The Defence lost but it generated such an agitation among the masses that British rulers were forced to set them free.

The INA trial served the purpose of in invigorating the National sentiment followed by Royal Navy mutiny and many such revolts in different parts of the country, stating a clear massage to Britishers that Indians would not stop till they get freedom.

When did INA founded?

Which leader was known as Netaji?