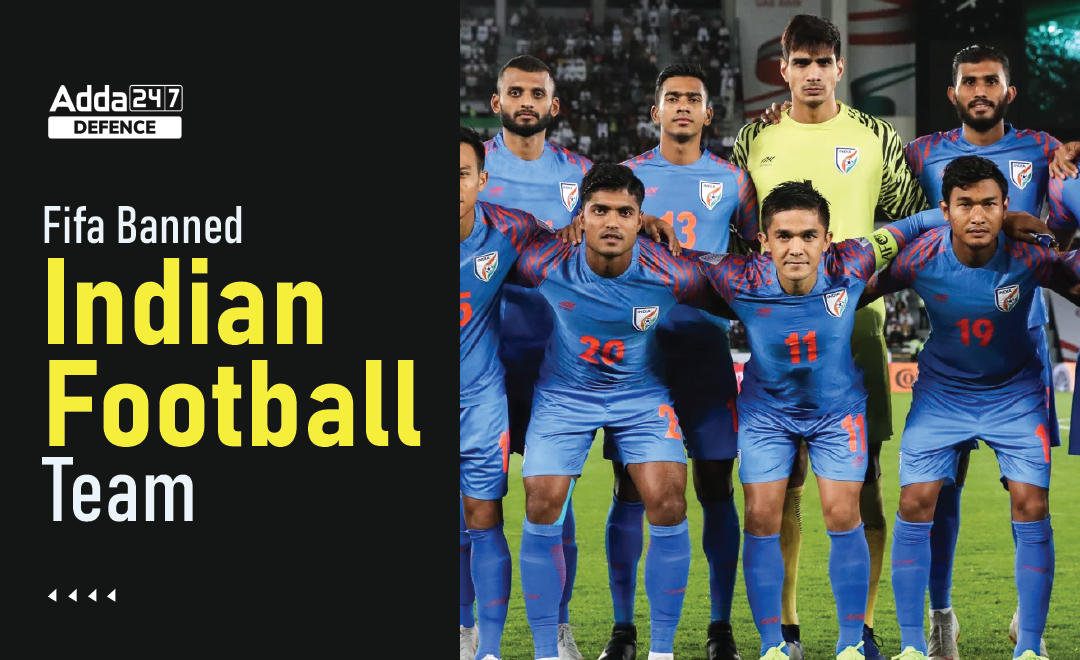 The apex body of the sport, FIFA, suspended the country’s top administrative organisation of football in India, the All India Football Federation with immediate effect, on the basis of “undue influence from third parties”. Other than suspension they also took away the rights to hold the FIFA U-17 Women’s World Cup 2022 in the country from India, which was already scheduled for the month of October 11-30.

but there is some hope that the suspension might not continue for long and there could be some positive outcome with the talks as FIFA said that it was in touch with the Ministry of Youth Affairs and Sports in India. In its history of 85 years, AIFF has never been suspended before by FIFA

What is Third-Party Interference?

The reason that has been given by FIFA to suspend the All India Football Federation is third-party interference. Third-party interference refers is a situation in which any member association of FIFA fails to remain independent, is co-opted, and has no control over its organisation. In this case, the SC’s decision of forcing out Praful Patel as AIFF president for not holding elections due in December 2020 and appointed a three-member Committee of Administrators (CoA), headed by former top court judge AR Dave, to manage the organisation’s affairs. The CoA also had to frame AIFF’s constitution in line with the National Sports Code and model guidelines, which became a textbook case of third-party interference, according to FIFA statutes.

AIFF received warnings in advance too as on 6 August, FIFA threatened to suspend the AIFF due to a third-party “influence” and again on On 15 August, FIFA gave another warning related to the ongoing situation.

And then finally on 16 August, FIFA officially suspended AIFF with “immediate effect due to undue influence from third parties, which constitutes a serious violation of the FIFA Statutes.”

What Does Suspension Mean?

First of all, AIFF will not be allowed in any international football and it will be applicable to all national teams, across all age groups, to both men’s and women’s football, and to all club teams in India.

It will also impact international transfers, related courses or developmental programs. Basically, it means a total ban on all football-related activities outside the territory of India. Domestically it won’t impact anything.

Also FIFA U-17 Women’s World Cup 2022 cannot currently be held in India. FIFA is analysing the next steps with regard to the tournament and will refer the matter to the Bureau of the Council if and when necessary,” FIFA mentioned in its official statement.