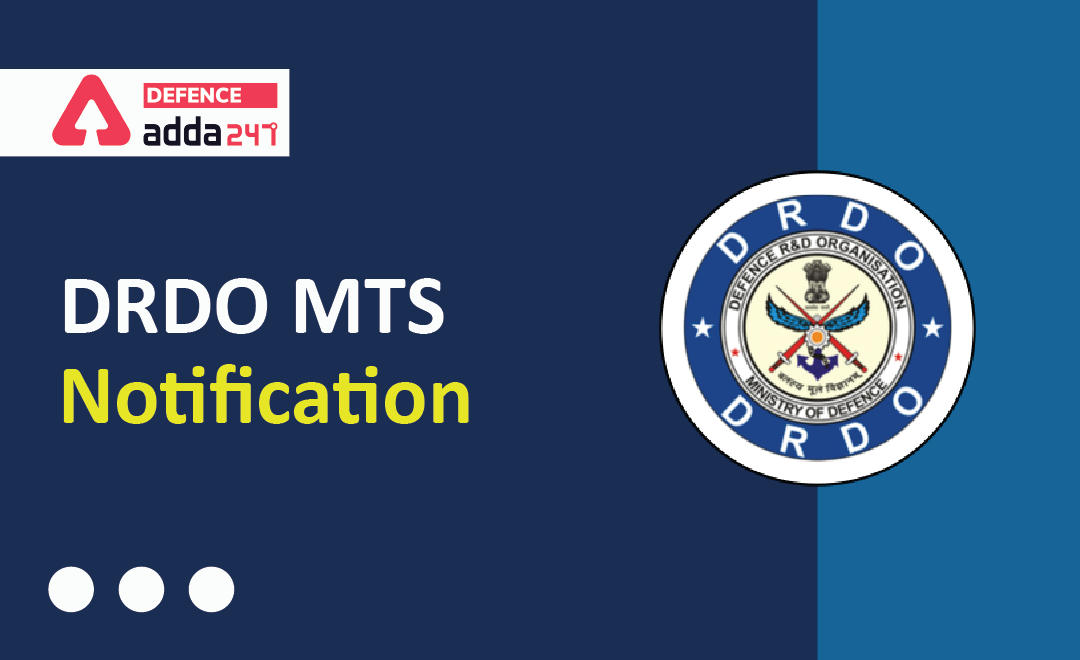 Notification for the Recruitment of MTS staff was released by DRDO two years back (December 2019) but due to several reasons the exams got delayed. Now, DRDO has released a notice that DRDO MTS Vacancy is cancelled. No examination will be conducted by DRDO for recruitment of Multi Tasking Staff. You can see latest updates with the DRDO official notice given below.

DRDO Multi Tasking Staff  Exam Pattern and Syllabus is given below. The pattern for the exam is  given below.

The Selection Process include the following Three Steps.

The Minimum Qualifying Marks for Tier-1 (CBT) is given below as per the category of the candidates.

On the basis of the Tier-1 (CBT) exam merit list, candidates will be shortlisted for appearing in Tier-2 (CBT) in the ratio of 1:10, i.e., Number of vacancies: Number of shortlisted candidates. However, candidates must remember that this ratio may increase or decrease depending upon organizational requirements.

The DRDO MTS Grade pay according to 7th pay commission is 1800, the in hand salary of a new joinee is around 22000 to 25000 per-month, their are several allowances provided to MTS which are mentioned below.

Candidates who will get shortlisted after Tier I CBT can appear in Tier-II Test. The DRDO MTS Syllabus 2021 for Tier II will be as follows:-

Hope this Article proved to be a help in understanding the exam pattern and Syllabus well. Prepare well!

Ans. The marking scheme of the DRDO MTS has 1 mark for a correct answer while there is no negative marking.

Ans. Not Really, if you prepare well.