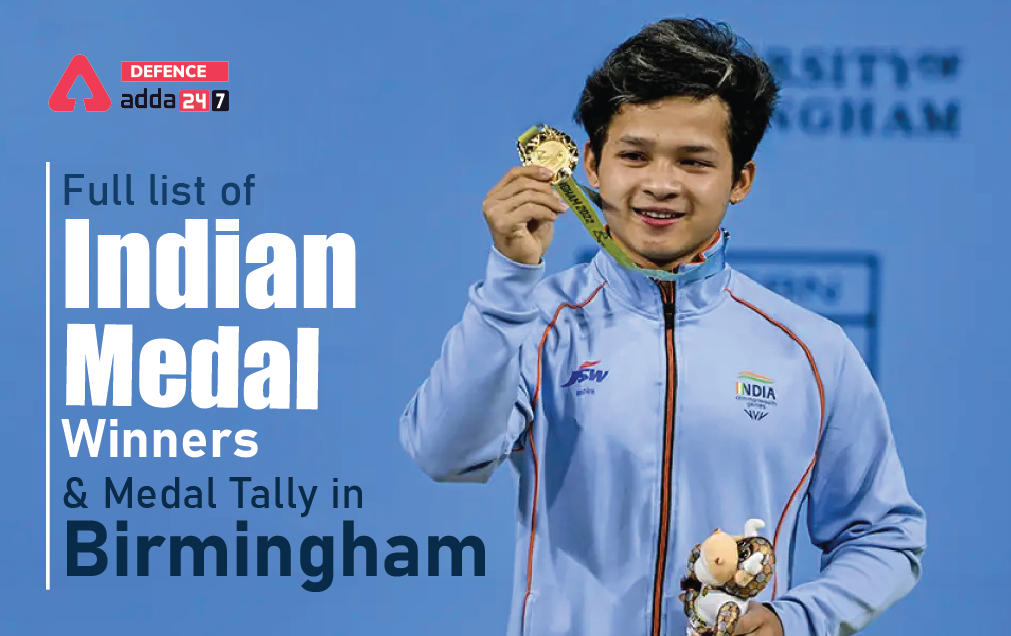 In CWG 2018, India ranked third after Australia and England with 66 medals (26 gold, 20 silver and 20 bronze). Majorly Shooters won the medals with the total of 16, including 7 gold medals. India has started off pretty well in the Birmingham Games as the Indian contingent is at 7th position and India has bagged its most no of medals in weightlifting till now. Mirabai Chanu won the first gold medal for India in Weightlifting women’s 49kg.

As of now, India has won fourteen medals in Birmingham 2022, including 5 Golds, 6 Silvers, and 7 Bronze medals. We have given the winners list according to the medal they have won. Check it out –