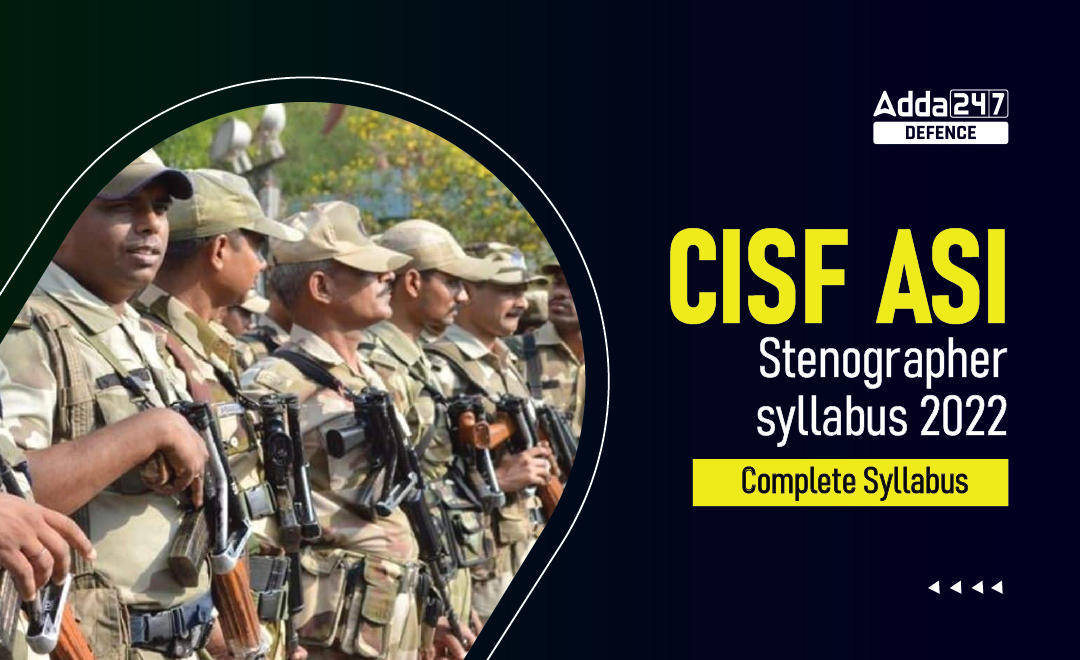 As we know CISF has released the official notification to recruit candidates for the post of Assistant Sub Inspector (Stenographer) and Head Constable (Ministerial). The total number of vacancies for the same is 540. Interested candidates can apply online through the official website of CISF from 26th September 2022 to 25th October 2022.

The whole recruitment process will consist of various stages like Written Exam, Physical Standard Test (PST), Documentation, Skill Test, and Medical Examination. In this article, we will tell you the syllabus for the written exam. But before that, we will tell you an overview of the exam.