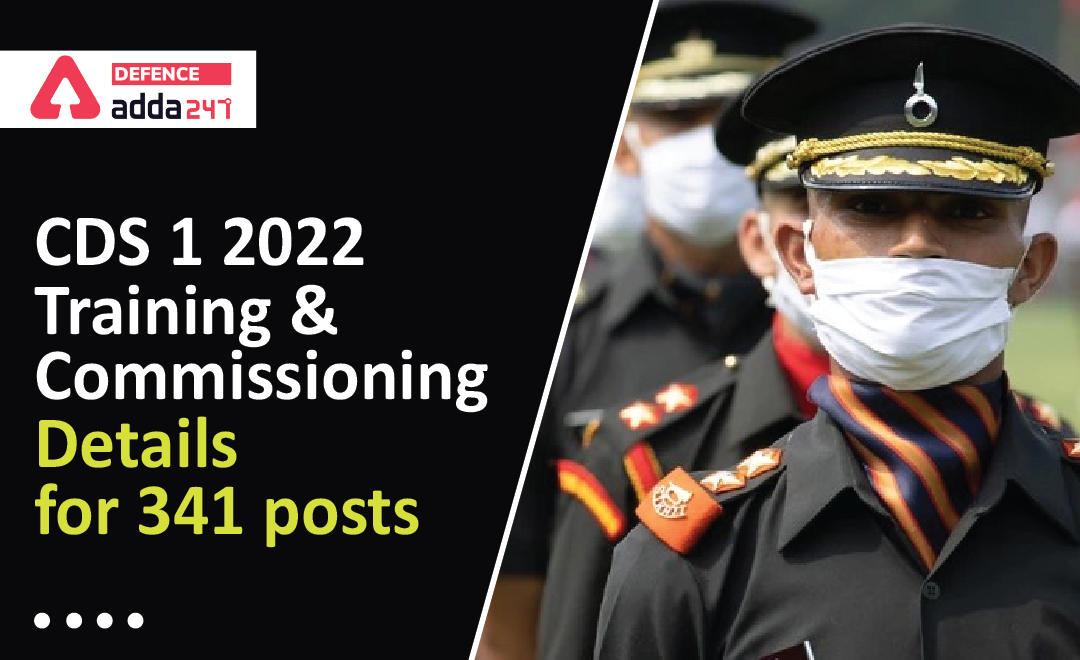 Becoming an Officer requires a lot of Hard work, persistence and perseverance, not only before selection but after it the real hardship begins, the life after getting selected to become an officer i.e. is truly a period of metamorphosis, and CDS Training Institutes are one such institute which witnesses and triggers the process of changing a gentleman cadet into an officer.

The premier institute is spread over a land area of 1400 acres and has a sanctioned capacity of 1,650. Cadets undergo a training course varying between 3 and 16 months depending on entry criteria. On completion of the course at IMA cadets are permanently commissioned into the army as Lieutenants.

Once selected your journey begins with the receipt of joining Instructions after that are sent an acknowledgement, the day you arrive the academy your documents will be thoroughly checked , the documents asked should be duly filled and signed as prescribed in the format , it is  must to submit the agreement bond on joining otherwise training Fee will be charged, other then that it is necessary to bring medical fitness certificate .

A candidates has to meet personal expenditure by themselves while the cost for training session like accommodations, books, uniforms, boarding, and medical treatment will be borne by Government.  The minimum expenses at the Indian Military Academy are not likely to exceed Rs. 200/- per month.

Candidates needs to deposit the amount mentioned below for training at the Indian Military Academy.

The Indian Naval Academy is the defence service training establishment for officer cadre of the Indian Naval Service and the Indian Coast Guard, located in Ezhimala, Kannur district, Kerala. Situated between Ezhimala hill and the Kavvayi backwaters, INA has a 7 kilometre beach front on the Arabian Sea.

Candidates who will select INA as their training center will be appointed as Cadets under the Graduate Cadet Special Entry Scheme (GSES) Course. After successful completion of 18 months of training, they shall be commissioned in the rank of Sub-Lieutenant.

The Cadets will remain under probation till completion of the initial training course:

Government will bear the cost of training which includes accommodation and allied services, books, uniform, messing, and medical treatment of the cadets. Candidates are required to open a Bank account at the State Bank of India, Ezhimala branch. They had to deposit a sum of Rs. 35,000/- in the bank account. This money will be utilized to meet the expenditure below:

Indian Air Force Academy, Dundigal is a Defence Service training institute located in Medchal-Malkajgiri district 43 km from Hyderabad, in the Indian state of Telangana. The academy was established in 1969 and started operations in 1971.

Candidates can enter AFA after clearing any of the exams  which include AFCAT, CDSE, or NCC Special Entry. Air Force Academy will conduct training for Flying Branch for around 74 weeks. Candidates are commissioned in the rank of Flying Officer after their successful completion of the training period. Air Force Academy pay the allowances and Time scale promotions to the rank of Flight Lieutenant, Squadron Leader, Wing Commander, and Group Captain are granted on completion of 2 years, 6 years, 13 years, and 26 years of successful service respectively.

Training cost i.e. accommodations, books, uniforms, boarding, and medical treatment  will be born by the Government and the candidates are expected to meet their pocket expenses themselves.  The minimum expenses at the Air Force Academy are not likely to exceed Rs. 14,000/-.

Candidates who are finally selected for training are supposed to deposit the following amount  with the Commandant on arrival.

The Officers Training Academy is a training establishment of the Indian Army that trains officers for the Short Service Commission. The 49-week course at the OTA prepares graduates for all branches of the Army, except for the Army Medical Corps.

Selected Candidates at Officers Training Academy will undergo a training period of 49 weeks. Candidates who will successfully complete their training period will be appointed as Probation Officer for 6 months from the date he/she receives his/her commission.  On successful completion of training Gentleman/Lady Cadets are granted Short Service Commission in the rank of Lt. From the date of successful completion of training.

A candidates has to meet personal expenditure by themselves while the cost for training session like accommodations, books, uniforms, boarding, and medical treatment will be borne by Government.  The minimum expenses at the Indian Military Academy are not likely to exceed Rs. 200/- per month.

For more such interesting questions, stay tuned with DefenceAdda.