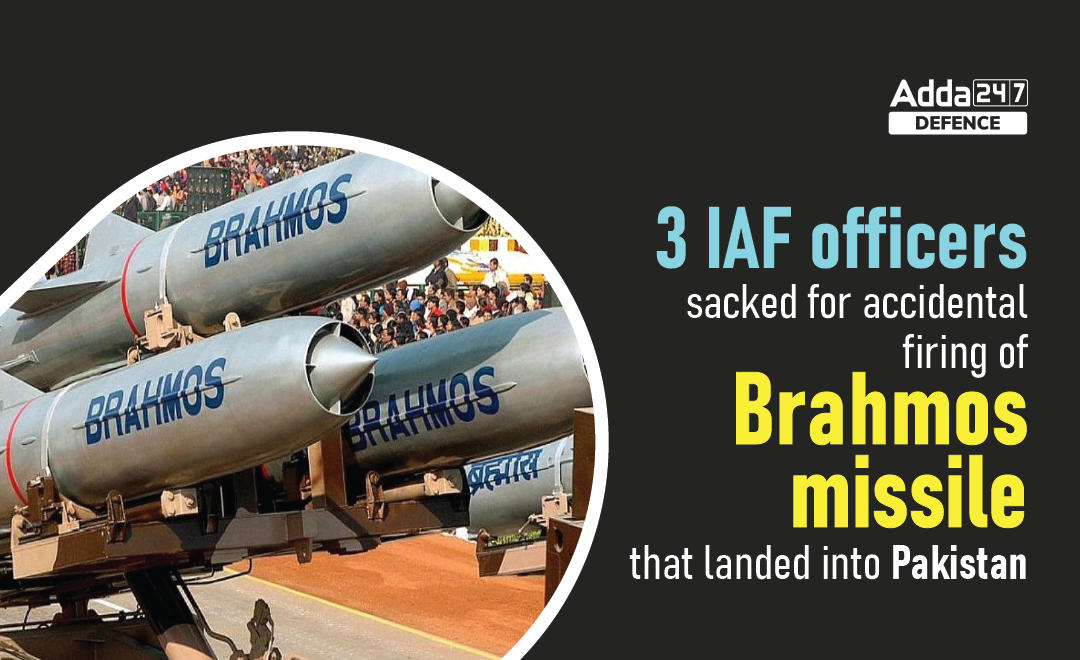 Three officers of the Indian Air Force (IAF) were dismissed with immediate effect on the 23rd of March, 2022 for becoming the reason for the accidental firing of a missile that landed in Pakistan in March this year after a Court of Inquiry found a deviation from SOP by 3 officers led to the accidental firing of Brahmos missile that landed in Pakistan. It was also confirmed by IAF that the missile was a BrahMos make, as defence experts had already speculated.

As per the official statement of IAF, the officers were sacked because their actions were responsible for the accidental firing of the missile. “A BrahMos missile was accidentally fired on March 9. A Court of Inquiry (Col), set up to establish the facts of the case, including fixing responsibility for the incident, found that deviation from the Standard Operating Procedures (SOP) by three officers led to the accidental firing of the missile, These three officers have primarily been held responsible for the incident. Their services have been terminated by the central government with immediate effect. Termination orders have been served upon the officers on August 23,”.

Ranks and names of the sacked officials are not disclosed by IAF but according to news sources, a Group Captain is one of those officials. March 9 was the day when the accidental firing took place and Pakistan lodged its protest with India the very next day. Following the incident, the defence ministry acknowledged the missile was fired accidentally and landed in Pakistan and considered it “deeply regrettable”

Major General Babar Iftikhar, the Director-General of the Inter-Service Public Relations (ISPR) of Pakistan, said the unarmed projectile entered the Pakistani airspace travelling 124 km. The Pakistan foreign office said the “super-sonic flying object” entered Pakistan from India’s Suratgarh and fell to the ground near Mian Channu city, which caused damage to civilian property and they demanded a thorough and transparent investigation into the incident and its outcome be shared with Islamabad.

The accidental firing was also taken stock overseas because it was the first incident which involved two nuclear-weapon states which are enemy countries.