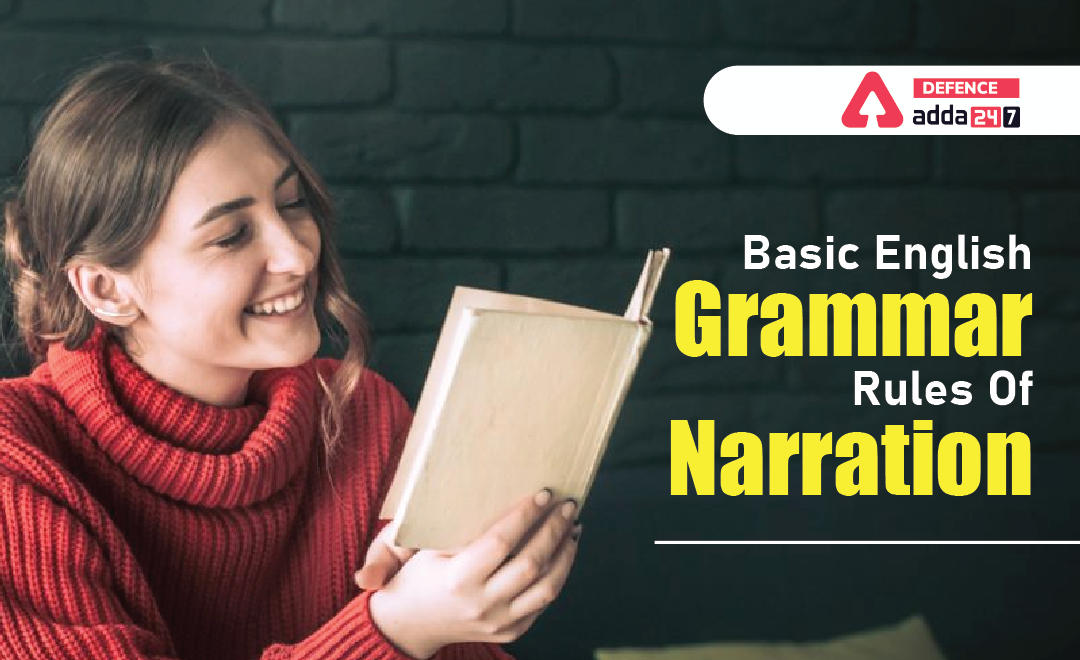 As we know, In any competitive exam, there is a section dedicated to check the basic understanding of English grammar in an aspirant which covers various topics and out of them one most important is narration or Direct-Indirect Speech.

What is Direct & Indirect Speech?

Direct speech – When the message of the speaker is reported in the exact same words as spoken by him.

Indirect speech: When the message of the speaker is reported in our own words

Indirect speech example: Shreya said that she was working there.

Pronoun is changed  according to the speaker depending upon the person he or she is referring to. If the reference is about himself/herself or about a third person. Let’s understand it with some examples:

I) If it’s a one word question with yes-no asnwer in the direct speech, then the reported speech will start with whether/if and the reported clause form will be in the form – subject+verb.

II) There are mainly two types of questions – Wh-questions and Yes/No questions. When we report a Wh-question, we use a reporting verb like asked or enquired.

We will use ‘to’ as joining clause before the reported command or request, and the reported verb will be changed according to the moods of the sentence (e.g., ordered, requested, urged, advised, forbade or begged)

To change direct exclamatory speeches to the indirect one we need to replace interjection (hurrah, wow, alas, oh, etc.) with joining clause ‘that’ and the exclamatory wh-words (what, how) will be replaced by ‘very’ before the adjective in the reported clause.

a. Simple present tense to simple past tense:

Exceptions: If the content is still the same fact or happening then we do not need to change the tense in the reported speech. Like;

e. Simple past to past perfect tense

Note: In case of two sentences, combined with a conjunction, and both sentences have different tenses then we need to change the tenses of both sentences according to the rule.

g. Past perfect tense does not change in the indirect speech;

a. Modal verbs like shall, will, can, may change in reported speech. Examples are mentioned below –

Note: shall becomes should in case of asking a question.

b. Modal verbs like could, should, need, must, might, used to –  do not change in reported speech.

5. Rules of Adverbs and demonstratives:

time and place in indirect speech is different from direct speech. At the time of telling the information to somebody else, the speaker might be on the different day or place. So the demonstrative (this, that etc.) and the adverb of time and place (here, there, today, now, etc.) change. Examples are attached below –