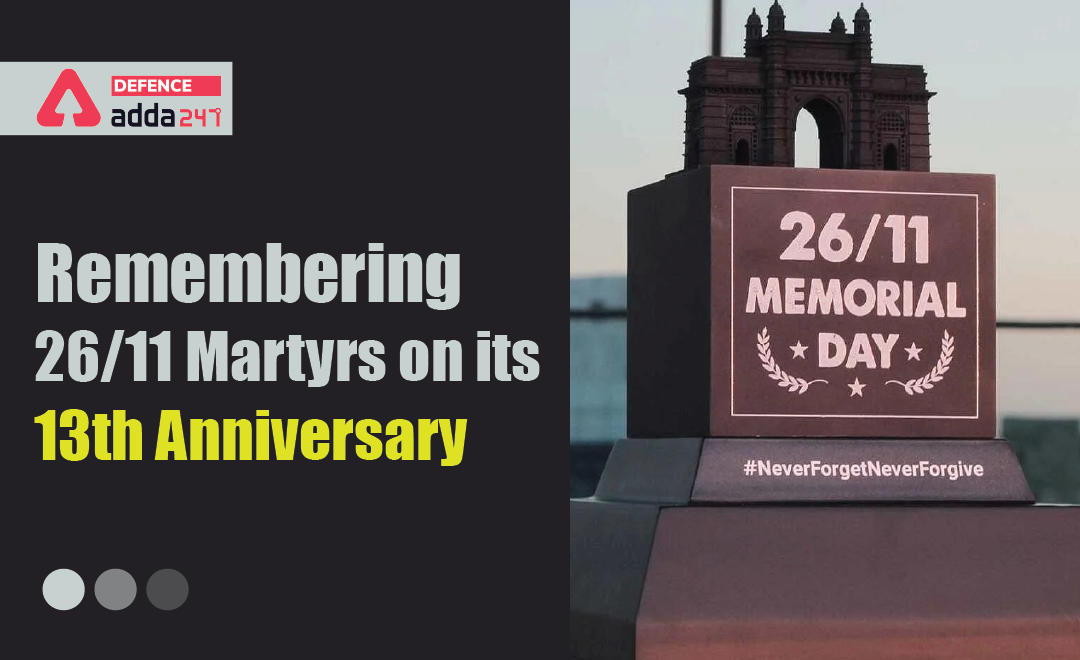 Today on 26 Nov 2021 our whole Nation is remembering the martyrs of 26/11 Mumbai terror attacks on its 13th anniversary. Various motivational events have been organised in various parts of the country. Vice President M Venkaiah Naidu yesterday paid tributes to the martyrs of the terror attack.

On Nov 26, 2008, Mumbai was attacked by 10 terrorists of Pakistan-based Lashkar-e-Taiba. In the mayhem that followed for the next three days 166 people including 18 police officers and two NSG commandos lost their lives. AIR correspondent reports that various events have been organised across city and state to pay homage to the departed souls and honour the survivors. Yesterday, security personnel and citizens paid homage to the 26/11 heroes on the eve of the deadly of the terror attack. The event was organised by Police Mitra Sanghatana.

However, Mumbai’s Police Commissioner Sanjay Barve says in comparison to 2008, the city police is now fully equipped to handle such situations. Speaking to media, Mr. Barve said police personnel and Quick Response Teams are now-a-days trained to handle urban terrorism to ensure the city never faces such a threat in future. He added that Mumbai Police is now the strongest force of the country in terms of training, use of modernised technology and highly sophisticated equipment. He said coordination between multiple agencies tasked with keeping the metropolis secure has also increased.