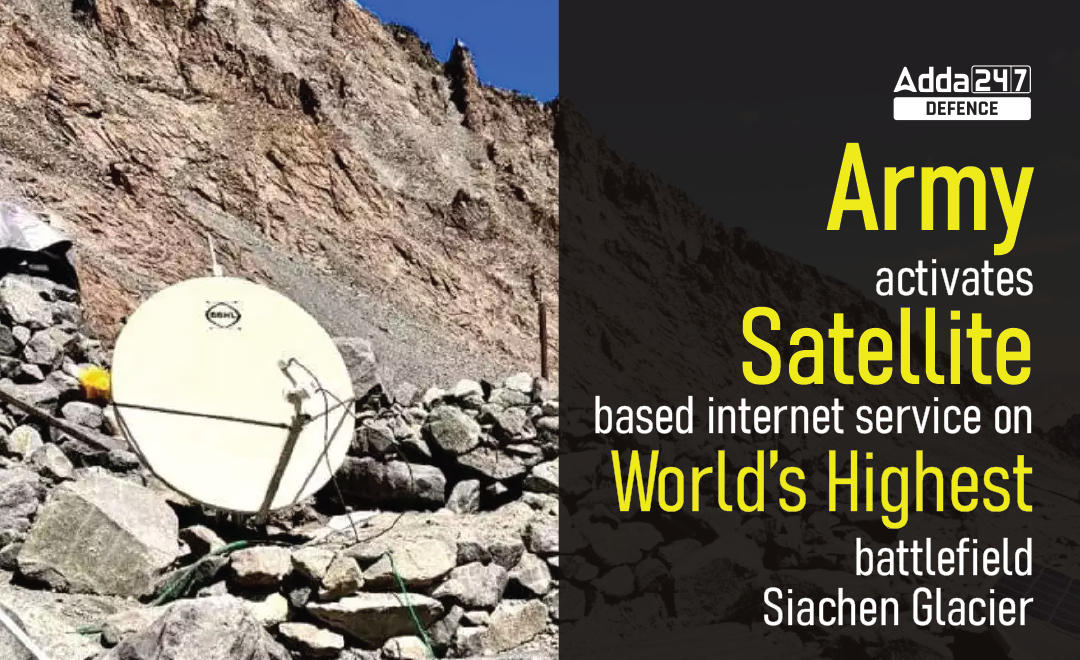 On 18 September, the Indian Army achieved another feat as The Siachen Signallers activated the satellite-based internet service on the Siachen Glacier at 19,061 feet. Indian Army’s Fire & Fury Corps which is deployed to guard the Siachen glacier informed about the development and said this is the world’s highest battlefield where satellite-based internet service has been activated. Siachen Glacier region strategically is very important for the Indian Army as there is a constant fear of attacks from both enemy countries — China and Pakistan.

As per the reports, the Army, collaborated with Bharat Broadband Network Limited (BBNL), a fully government-owned broadband infrastructure provider company helped in providing internet services to the soldiers.

The service is wireless Internet beamed down from satellites orbiting the Earth. It is different from land-based internet services like cable or DSL, which help in communication through wires. It is effective in places where the quality of access is inconsistent or poor or places where terrestrial Internet access is not available. After sharing pictures of the installation process on Twitter, the Indian Army’s wing tweeted, “’Always Through’ Satellite-based internet service activated on the #SiachenGlacier at 19,061 feet, the World’s Highest Battlefield, by the Siachen Signallers.”

In June this year, the Defence Acquisition Council cleared capital acquisition proposals of the Armed Forces with the budgeting of ₹76,390 crores to ‘Buy (Indian)’, ‘Buy & Make (Indian)’ and ‘Buy (Indian-IDDM)’ categories.