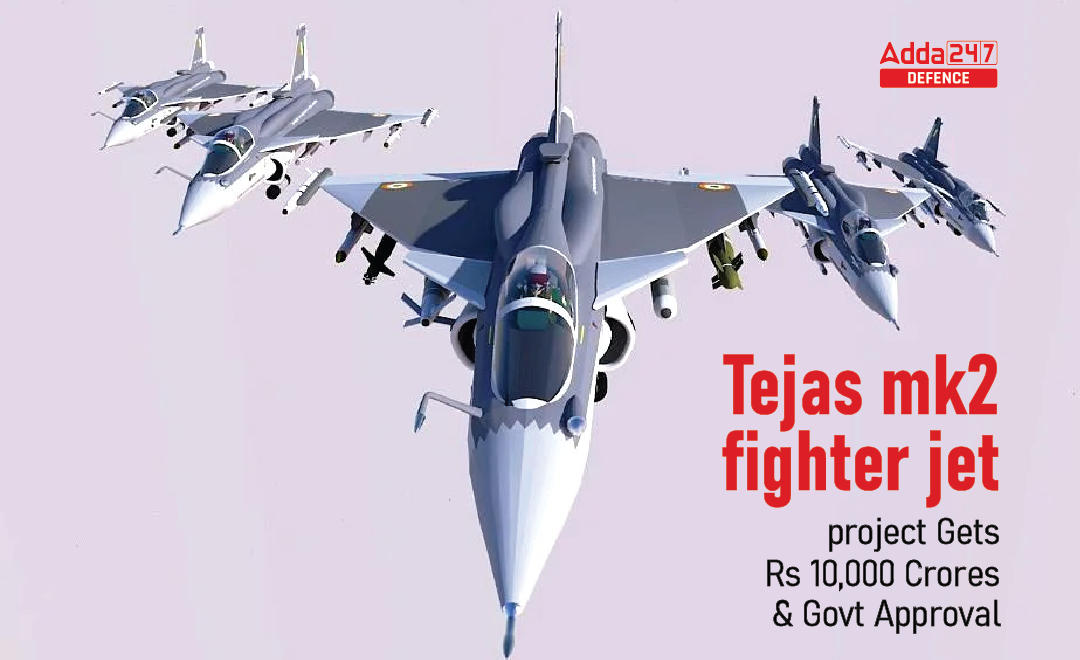 With one more positive decision of the Indian government, India’s Armed Forces continue to bolster its strength. Cabinet Committee on Security (CCS) has cleared another Tejas Mark-2 project which is for giving a green flag to the procurement of a better capable version of the indigenous Tejas light combat aircraft (LCA).

It is a step towards enhancing the competency of IAF and also giving a major push to the policy of Atmanirbhar Bharat of India.

In order to design a more powerful version of the indigenous Tejas multirole combat jet, The Tejas Mark-2 has been designed. Tejas is a single-engine and highly agile multi-role supersonic fighter jet which is manufactured by the Indian company, Hindustan Aeronautics Limited (HAL). Also, the earlier version had 62 percent indigenisation and the new version will have 70 per cent indigenisation which is also described as a 4.5-generation machine which will be capable of incorporating the modern technologies produced in India.

According to a report published by a media house, Approximately Rs 10,000 crore has been sanctioned for the project, and the LCA Mk-2 is probably to take the first flight in the coming 2 years, setting the stage for its production and subsequent operational availability around 2028.

In the new version, advanced engines will be incorporated, and GE-404 engines will be replaced with powerful GE-414 engines. They will be capable of providing it with a longer combat range and better capacity to carry weapons. There will also be a change in wings, as they have been pushed outwards which will be effective in increasing the fighter’s wingspan by 300 mm. Its structure will resemble other fighter planes like Rafale, Sukhoi-30MKI, etc as ahead of the wings, a canard has been added which is helpful in increasing the lifting capability and strength of the aircraft. Tejas Mark-2 will also be equipped with superior radar, better avionics and electronics, and will be capable of carrying a higher weapons payload. It is designed in a way to make it more accessible and maintenance-friendly.

As per the sources “Tejas Mark-2 is likely to roll out by August-September of 2022 after that the first flight will take some time. The first high-speed trial of the jet will start in 2023 and we expect the production to start somewhere around 2025,”

IAF currently needs 42  fighter squadrons but right now it has 30 and India can’t afford this insufficiency at a time when the country faces danger from both the enemy countries like China and Pakistan. LCA Mark-2 fighters will replace the Jaguar and Mirage 2000 fighters as they are planned to phase out in 10 years. The new Tejas is a very challenging aircraft that will undoubtedly help to increase the strength of IAF inventory.