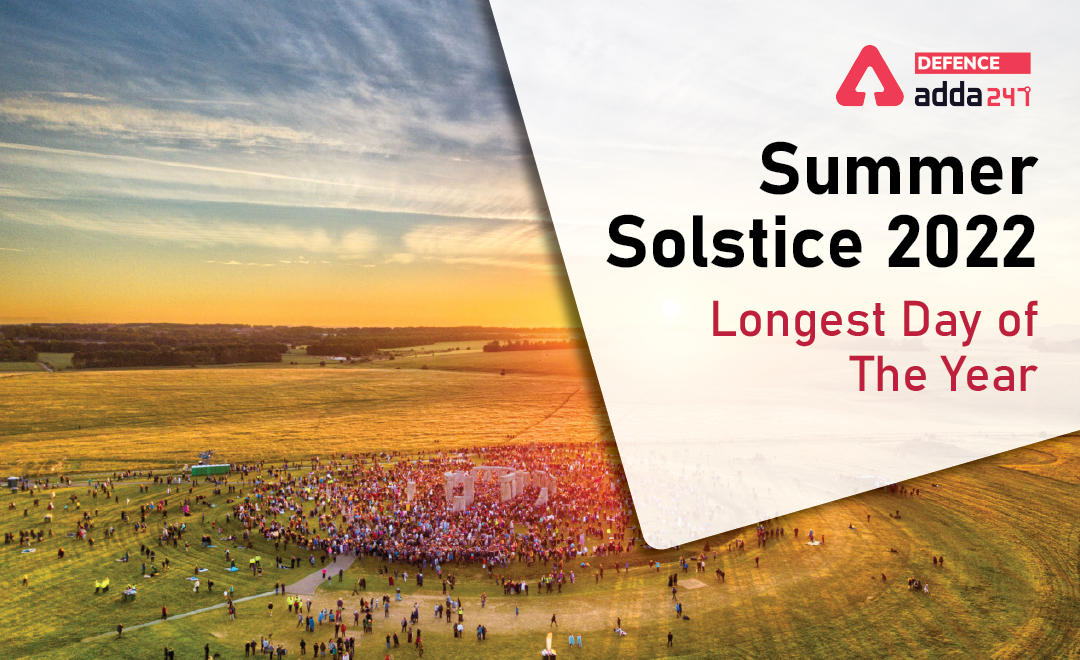 In the Northern Hemisphere, the June solstice which is also known as summer solstice occurs when the Sun travels along its northernmost path in the sky. This marks the astronomical start of summer in the northern half of the earth. In the Southern Hemisphere, it’s the opposite: the June solstice marks the astronomical start of winter, when the Sun is at its lowest point in the sky.

The summer solstice, which is considered as the longest day of the year, falls on June 21 this year. By longest “day,” It means the longest period of sunlight hours. The term “solstice” derives from the Latin word “solstitium”, meaning “sun standing still”. Some prefer the more teutonic term “sunturn” to define this astronomical process. On Tuesday, the timing of summer solstice i 5:14 am EDT (2.44pm IST) in the Northern Hemisphere.

In the northern hemisphere, the summer solstice takes place between June 20 and 22 each year. This year it falls on Tuesday, June 21. The solstice officially marks the beginning of the astronomical summer, which ends when the autumn equinox falls on September 22.

On this date, Day and night will be of almost equal length duration, as the sun crosses the celestial equator and moves southward into the northern hemisphere.

There are two solstices each year. One in the winter and one in the summer. The summer solstice occurs when the tilt of Earth’s axis is most inclined towards the sun and is directly above the Tropic of Cancer. Traditionally, the summer solstice period fell between the planting and harvesting of crops.

However, we won’t notice the days becoming shorter for a while. The shortest day of the year is not until Monday, December 21, which is known as the winter solstice.