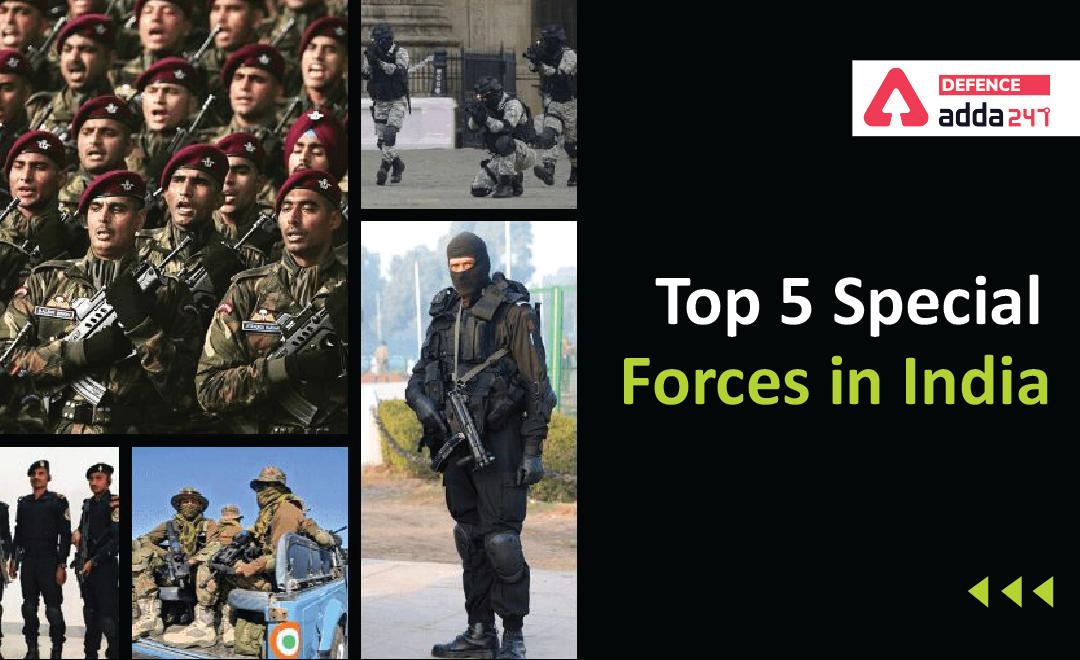 India is a land of Bravery and valiance, our soldiers accept the duty of serving the nation as their prime duty and don’t even care about themselves when it comes to nation, we grow up listening to the stories of supreme sacrifice and imbibe them in ourselves, the vast land of India is protected by our brave soldiers who work day and night  to keep us safe, but the neighbors we have don’t let us breath in peace that’s why we have managed some special forces who are ever  ready to act and let the enemy bite dust, In this article we will discuss five such Mighty Forces.

What are Special Forces

Most of the countries having a  strong army possess some special forces which are expert in  some specific warfare practices, They make up a unique, unconventional, combat arms organization. Highly trained and seasoned professionals  are chosen from the armed forces  to work in the special forces.

India has a number of Special forces, all best in their respective fields and areas , and at times they had made herculean tasks easy by their talent but in this article we will discuss the Top 5 Special Forces in India, who are deadly, dangerous and Brave at the same time.

Marcos is the abbreviated form for marine Commandos, they are a part of Navy but they are apt for all kind of Operations in Air , Water and Land , Marcos was founded in February 1987 and since then it has gained international popularity owing to their professionalism ,  Marcos Commandos are also known as Dadiwala Fouj .The roles of Marcos include

Para commandos also known as the RED DEVILS are one of the most capable and advanced special forces of the world and every defense aspirant dreams of joining this elite force, but the becoming a RED DEVIL is not a child’s play, it takes immense courage and bravery to undergo such rigorous training but those who sail through earn the coveted Balidan Badge and the Maroon Barrett. it was formed in 1966 , Parachute Regiment is responsible for  quick deployment of soldiers behind enemy lines to attack the enemy from behind and destroy their first line of defence.

Ghatak as the name suggests means Deadly and true to its name the force is really deadly,A Ghatak Platoon, or Ghatak Commandos, is a special operations capable reconnaissance platoon that is present in every infantry battalion in the Indian Army, Ghatak platoon consist of 20 soldiers and a captain, They are responsible for Tasks like as special reconnaissance, raids on enemy artillery positions, airfields, supply dumps and tactical headquarters or other special operations at a tactical level.

COBRA stands for Commando Battalion for Resolute Action,  it is a unit of CRPF , their specialty is Jungle warfare using Gurilla tactics, CoBRA is ranked as one of India’s most experienced and successful law enforcement units.Cobra primarily deal with Insurgence and asymmetrical warfare and is deployed mostly in the Naxal areas , 10 units of COBRA were established by GOI since 2008

Force one came into existence after the 26/11 attacks , it is a specialized unit of Mumbai police , it guards the metropolitan area.The recruitment for Force One is undertaken among young volunteers from Maharashtra Police who are already well trained. One of the primary tasks of the unit is to protect the Maharashtra Legislature as well as several politicians within the state.

Q1. Who are Black Cat Commandos?

Q3. Which army has toughest training?

Ans. The toughest SAS fitness test in the world is the Russian Alpha Group Spetsnaz.

Who are Black Cat Commandos?

Can a girl join Para SF?

Which army has toughest training?

The toughest SAS fitness test in the world is the Russian Alpha Group Spetsnaz.