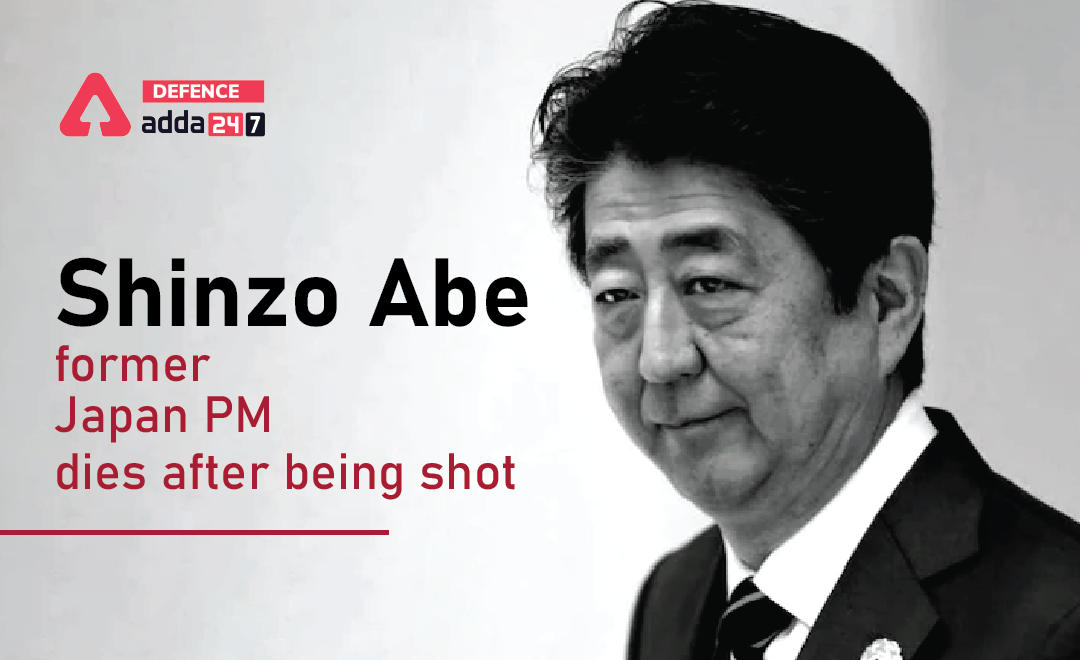 Former Prime Minister of Japan, Shinzo Abe was killed in a public event. H succumbed to bullet injuries in the hospital. Abe suffered “major damage to his heart” in addition to “two neck wounds that damaged an artery”, hospital officials said.

Killer who was identified as Yamagami Tetsuya, is currently unemployed. He was apprehended on the spot, after the shooting, and police say he admitted using a homemade weapon to attack Abe.

As per the official statement by the Japanese police the shooter was a member of the Japanese Maritime Self-Defense Force. “The suspect stated that he held a grudge against a particular organisation, and that he committed the crime because he believed former prime minister Abe had a connection to it,”

Japan’s longest-serving Prime minister will always be remembered for his extraordinary political skills. having returned to office in 2012, six years after being forced out by scandal and poor health.

Shinzo Abe was known for his “Abenomics” policy, doe to which he was able to lift world’s third-biggest economy out of decades of stagnation. Due to his efforts in reinvigorating Japan, he was known worldwide and he was also appreciated for his political and economic understanding.

He also handled enemy countries well, Be it China or North Korea. He stood firmly in the support of Japan’s military to counter growing threats from North Korea and a more assertive China.

It was shocking for the whole world and every leader worldwide mourned the death of former PM of Japan. Everyone tweeted to express grief. Indian Prime Minister Modi tweeted, “I am shocked and saddened beyond words at the tragic demise of one of my dearest friends, Shinzo Abe. He was a towering global statesman, an outstanding leader, and a remarkable administrator. He dedicated his life to make Japan and the world a better place,”