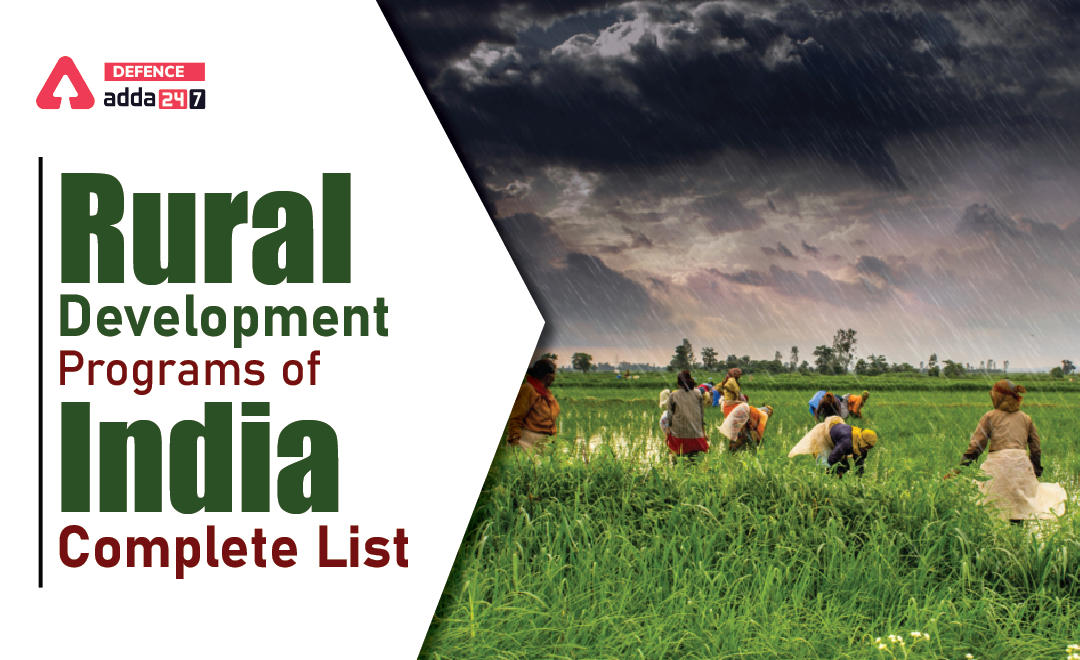 As Rural India also plays a great role in Indian economy so their advancement is also important for both the economic betterment of people as well as for greater social transformation. Better participation of people in the rural development programmes, decentralization of planning, better enforcement of land reforms and more access to credit are required to provide the rural people with better opportunities for economic development.

Given below are the schemes started by Indian Government with the aim of rural development. Check this out –

This scheme was launched by then Prime Minister Atal Bihari Vajpayee on 25 December 2000. The motive of this scheme is to provide better rural road connectivity in order to provide connectivity to the residents with less or no connectivity at all. It seeks to poverty reduction by promoting access to economic and social services.

It is funded by both state and central government after the recommendation of 14th Finance Commission report. According to the latest data provided on the PMGSY website, under the scheme the government has completed length of 705,179 km, and a total of 1,69,129 roads were completed.

This scheme is a part of National Livelihood Mission. It aims to provide better career opportunities for the rural youth by providing options to increase the income of rural families. It was launched on 25th September 2014. It primarily focuses on the poor rural youth of age between 15 and 35.

Budget of the scheme is Rs 1500 crores to enhance career employability. It’s applicable in 21 States and UTs across 568 districts and 6215 blocks to give a better living standard to those people.

Swarnjayanti Gram Swarozgar Yojana which is revamped as National Rural Livelihood Mission or Deendayal Antyodaya Yojana was launched in 2011 by Ministry of Rural Development. It is also known as Ajeevika, this scheme aims at empowering women self-help model across the country. Under this scheme, a loan of 3 lakh rupees is provided at an interest rate of 7% which can be reduced to 4% at the time of repayment.

The scheme was funded with the aid of World Bank. Main objective of the scheme is to provide efficient and also effective institutional platforms for poor people with the purpose of increasing the household income by improving access to financial services. NRLM also helps in adding skills to the poor so that they can become the active participant in the growth of the Indian economy.

This scheme is an initiative of the Ministry of Rural Development which was implemented with the collaboration of State Governments. It seeks to achieve two objectives. First is to provide short-term support to the district administration in the underdeveloped and remote areas of the country and another one is to develop competent and committed leaders and facilitators who are competent enough to serve as a long-term resource.

This is one of the most important and effective scheme for rural development. Mahatma Gandhi National Rural Employment Guarantee Act (MGNREGA) of 2005 guarantees100 days of employment to any rural household adult who wants to do unskilled manual work in a financial year.

The Act seeks to provide employment opportunity to the working people in order to fulfill their fundamental right to live life with dignity. Under this act, If a person does not get a job within 15 days, he is eligible for getting unemployment allowance. It also highlights the significance of basic right to work. Currently around 15 crore MGNREGA cards have been issued in the country, and in total of 28 crore individuals took the advantage of the scheme in the financial year 2020-21.

Sampoorna Grameen Rozgar Yojana (SGRY) was launched in 2001 with the objective of providing better employment opportunities to the poor. Not just this, It also aims to provide food to people in areas who live below the poverty line with the purpose of improving their nutritional levels.
It has some other objectives too which includes providing social and economic assets to the people living in rural areas.

It was the initiative of Prime Minister Atal Bihari Bajpayee and on that note, the Sarv Siksha Abhiyan was launched in 2000 and In 2018, the Samagra Siksha Abhiyan subsumed the three schemes Rashtriya Madhyamik Shiksha Abhiyan(RMSA), Teacher Education and the Sarva Siksha Abhiyan.

It seeks to provide free education to every child of the country in order to fulfill his or her basic fundamental right. The budget of this scheme is shared between state and the central government. Center covers 85% of the expenditure and the state shares 15% of the total. Over Rs. 37,383 crore has been allotted in the budget of 2022 to the scheme.

Sansad Adarsh Gram Yojana (SAGY) is a rural development scheme launched in 2014 by the Central Government in which every Member of Parliament (MP) will have the responsibility of the development of three villages, including personal, human, social, environmental and economic development of the villages. Its main objective is to achieve better standard of living as well as the quality of life in the villages. Funding of this scheme is taken from the existing schemes.

National Social Assistance Programme was launched on August 15 in 1995 with the aim of achieving the objective of Directive Principles which are mentioned under Article 41 and 42 of the constitution which states that it is the duty of the state to provide assistance to the citizens in terms of sickness, unemployment, old age in limits of the economic capabilities.

This Centrally sponsored scheme provides financial help to different vulnerable segment of the society like widows, elderly, people with disability in form of pensions. As per the current government data, the NSAP has around 3 crore beneficiaries and also 1.5 crore state beneficiaries, which makes a total of around 5 crore people who gets the benefit of this scheme.

Indira Awas Yojana was given a new name of Pradhan Mantri Gramin Awaas Yojana in 2016. This is a welfare scheme launched by the Government with the aim of providing housing to rural poor people in India. The objective of this programme is reach the target of providing home to all Indian citizens till 2022.

Constructing cost of the houses is shared by both, the centre and the state. Except Delhi and Chandigarh, this scheme has been implemented in rural areas all over India. Basic facilities will also be provided with the house like toilet, electricity connection, potable water connection, LPG connection etc.

This scheme was launched in 2000 by the former Prime Minister Atal Bihari Vajpayee. Under this scheme food grains are provided to around 2 crore people at subsidised rates. In this scheme Below Poverty Line (BPL) families were provided 35 kgs of food grains and that too at a very minimal price that is, Rs 3/kg and wheat at the rate of Rs 2/kg.
It has been running in all states.

PURA is a strategic rural  development programme of Indian government, started in 2004. Initially, it was proposed by former President APJ Abdul Kalam in his book “Target 3 billion”.

PURA aims to provide urban infrastructure and services in rural areas with the aim of creating opportunities other than the cities which will also decrease the number of youth migration from the rural areas to urban areas in search of job and better opportunities. 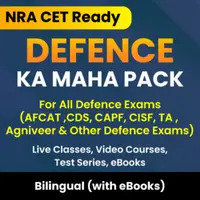