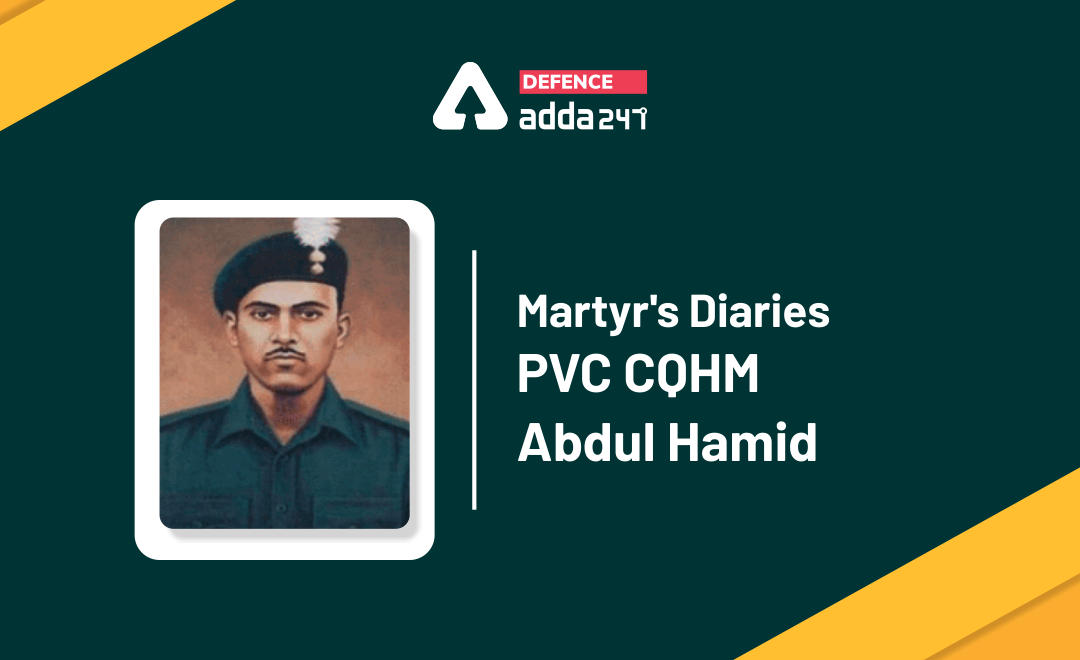 Hamid was 20 years old when he was recruited at Varanasi into the Army. After undergoing his training at the Grenadiers Regimental Centre at Nasirabad, he was posted to 4 Grenadiers in 1955. Initially, he served in a rifle company and was then posted to a recoilless platoon. Hamid was later posted to the regiment’s 4th Battalion (formerly the 109th Infantry), where he served for the rest of his career. He served with the battalion in Agra, Amritsar, Jammu and Kashmir, Delhi, NEFA and Ramgarh.

He fought in the ’62 war in Thang La, then in the North-East Frontier Province, as part of the 7 Mountain Brigade, 4 Mountain Division. During the Sino-Indian War of 1962, Hamid’s battalion was part of the 7th Infantry Brigade commanded by Brigadier John Dalvi and participated in the battle of Namka Chu against the People’s Liberation Army.

In 1965, when war broke out between India and Pakistan, Abdul Hamid had already completed ten years of service in the Indian army and was serving in the 4th Grenadiers. The news came that the enemy had attacked Aknoor in Jammu with the goal of cutting off communication and supply routes to the Indian forces on the border of Jammu and Kashmir. As Hamid’s battalion, the 4th Grenadiers occupied a vital area near Chima village on the road to Punjab’s Khem Karan sector, they were given the job of holding the enemy near the village of Asal Uttar.

The firm hold of this area was essential for the Indian plan of defence and so the 4th Grenadiers was ordered to move forward and to collect their 106 RCL guns from the nearest ordnance depot.

Due to the absence of anti-tank detachment commanders, he was told to take over an antitank detachment as he was the non-commissioned instructor present.

On 10 September at about 8:00 am the first wave of three tanks, one leading and the other two following at a 200-yard (180 m) distance, arrived. Hamid knocked out another tank with his RCL gun.

The Pakistanis attacked again with increased artillery support at 9:00 am, and Hamid destroyed another tank. Since his open jeep was vulnerable to the shelling, he moved to another position and ordered his men to take cover.

Hamid and a Pakistani tank soon spotted each other. Alone and unable to change his position, he fired at the tank as it fired at him and he was killed instantly. The battalion suppressed further attacks by the Pakistanis, and the battle was a decisive Indian victory.

For his actions at the Battle of Asal Uttar, Hamid was awarded the Param Vir Chakra on 10 September 1965.

A 3 stamp commemorating Hamid was issued by India Post on 28 January 2000 as part of a set of five stamps honouring recipients of awards for gallantry. The stamp has a bust of Hamid and an illustration of a jeep with a recoilless rifle.

A memorial to Hamid in his home village of Dhamupur which had fallen into disrepair was renovated in 2011 by the Flags of Honour Foundation for the 46th anniversary of his death.