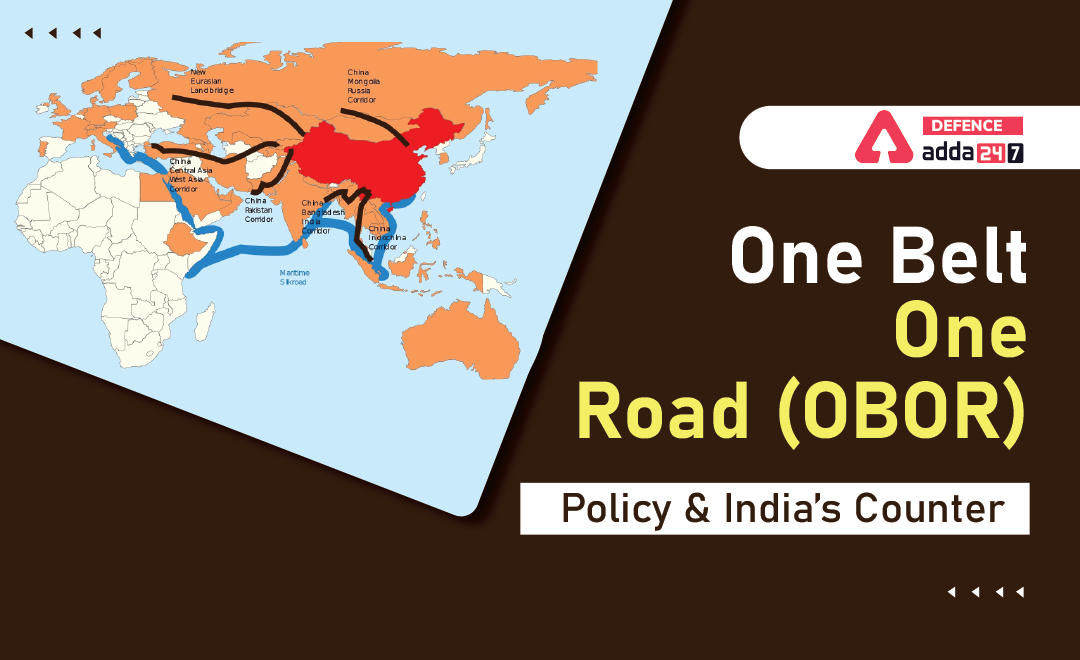 One Belt One Road

One belt One Road is an ambitious project of china that focus on connectivity and cooperation among multiple countries spread across majorly three continents that is, Asia, Europe and Africa. It covers almost 80 countries.

It involves building networks of roadways, railways, maritime ports, power grids, oil and gas pipelines and other related infrastructure projects. It an initiative of china to revive its old Silk trade route 1 which led to the social and economic development of the countries involved in this group. One Belt One Road consists of many sub-plans like CPEC (China Pakistan Economic Corridor), Bangladesh-China-India-Myanmar, 21st Century maritime silk route, etc.

With all these initiatives China aspires to double its GDP and to take himself to the level of moderately developed country. But China has some hidden agendas associated with it, as china wants to prove its dominance and hegemony all over the world so to mark its dominance it has planned to invest such a big amount in other countries. What looks very considerate from outside is actually very harmful for a country as we have just witnessed in Sri-Lanka, where the country has lost its economic balance and even the whole government is not functioning due to poor state of the nation and in this china plays a substantial role. Providing loans to Sri-Lanka in the name of investing in ambitious projects which even failed miserably left the nation in helpless condition.

Not just economically China is trying to prove its supremacy but in the terms of Defense china wants to be the most powerful and for that, this project is a lot helpful. From Gwadar port in Pakistan to establishing Naval Base at Djibouti, China is trying to make his position string

These investments are also helping China to control the current geo-political situation as China also aims to tackle the supremacy of the USA as a superpower.

India, being the neighbor of the China and after facing the hostile attitude at border areas, is not in favor of this project. Even the bonding of two hostile neighboring countries that is, China and Pakistan in the name of development in the region is a sign of threat for India, Establishment of Gwadar Port in Pakistan is passing through the controversial Pakistan-occupied Kashmir (PoK) and Gilgit-Baltistan region. Giving any formal nod to the project will serve as a de-facto legitimization to Pakistan’s rights on PoK and Gilgit-Baltistan region and that’s why India is opposing it from starting.

China is investing in all the neighbor countries of India as their socio-political condition is not very well and doing all these favors, China is attracting all those countries and influencing their geo-political situation which can ever be used against India.

India has Started Many Counter Initiatives to Tackle China Like

Development of naval ports by India in Indian Ocean countries such as Madagascar, Seychelles, and Mauritius to counter China’s moves.

String of pearls and necklace of diamonds

The Quadrilateral Security Dialogue (QSD) or QUAD is a strategic security dialogue between Australia, India, Japan, and the United States that is maintained by talks between member countries. It is believed that the forum is strategically planned to counter China’s economic and military rise in Indo-Pacific region.