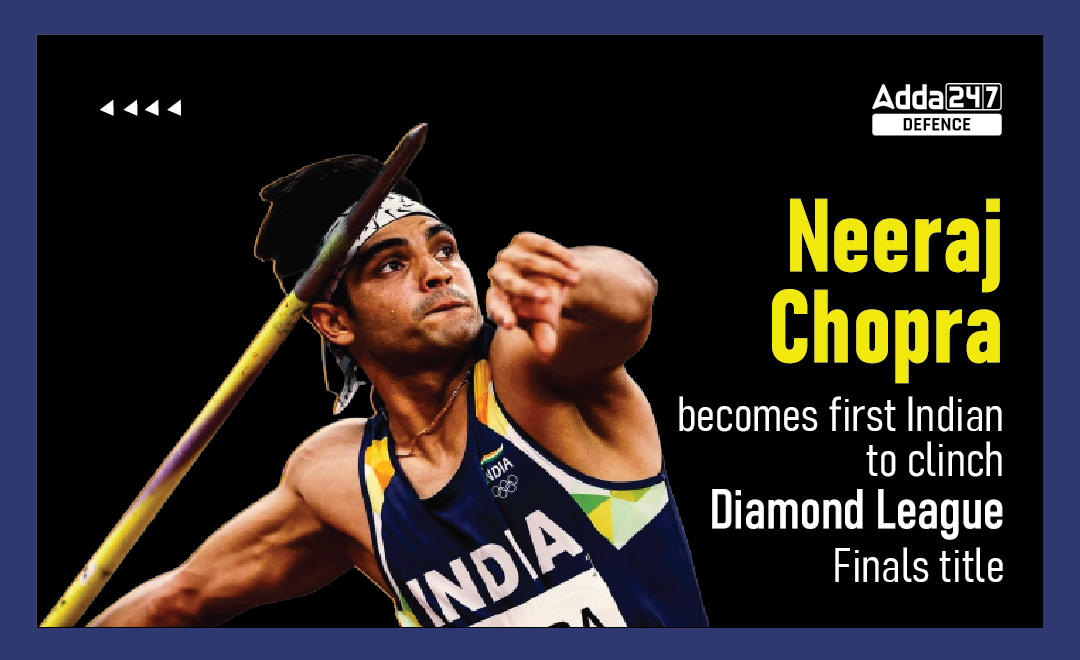 Neeraj Chopra, the Olympic champion from Tokyo, has again made history by becoming the first Indian to win the Diamond Trophy, the prestigious title in the finale of the Diamond League series in men’s javelin on September 8. The 24-year-old threw 88.44m, which is his fourth career best to finish at the top position in Zurich.

With this, India’s 24 years old Olympic winner is now the Gold medalist in Olympics,  the Asian Games gold medal, the World Championships silver medallist and the Diamond League champion too. He has achieved all these feats in a time period of just 13 months.

Recently, He could not participate in Birmingham Commonwealth Games due to a minor groin injury he got during his performance in the World Championships in the USA in July where he also bagged silver.

Czech Republic’s Jakub Vadlejch finished in the second position with a best throw of 86.94m and Germany’s Julian Webber ranked third with a best throw of 83.73m. Although Neeraj started off with a foul while Vadlejch took the lead in the first attempt with an 84.15m throw, but he threw 88.44m in his 2nd attempt which got him this diamond trophy. Neeraj then threw 88.00m in his 3rd attempt, 86.11m in his 4th attempt and 87.00m in his 5th and 83.60m in his final attempt but all these attempts were shorter than the second attempt.

Chopra was not just awarded a Diamond Trophy, He also got the prize money of USD 30,000 and direct entry in the 2023 World Athletics Championships in Budapest, Hungary which he had already qualified for as his Lausanne-leg winning throw breached the 85.20m qualifying mark.

Neeraj Chopra mentioned in his speech the importance of this title and said, “It was a very good competition with Jakub Vadlejch today, he threw also very nice. I expected 90m from me today. But it is OK, I have the diamond trophy and this was the most important thing for me. Also because my family is here.