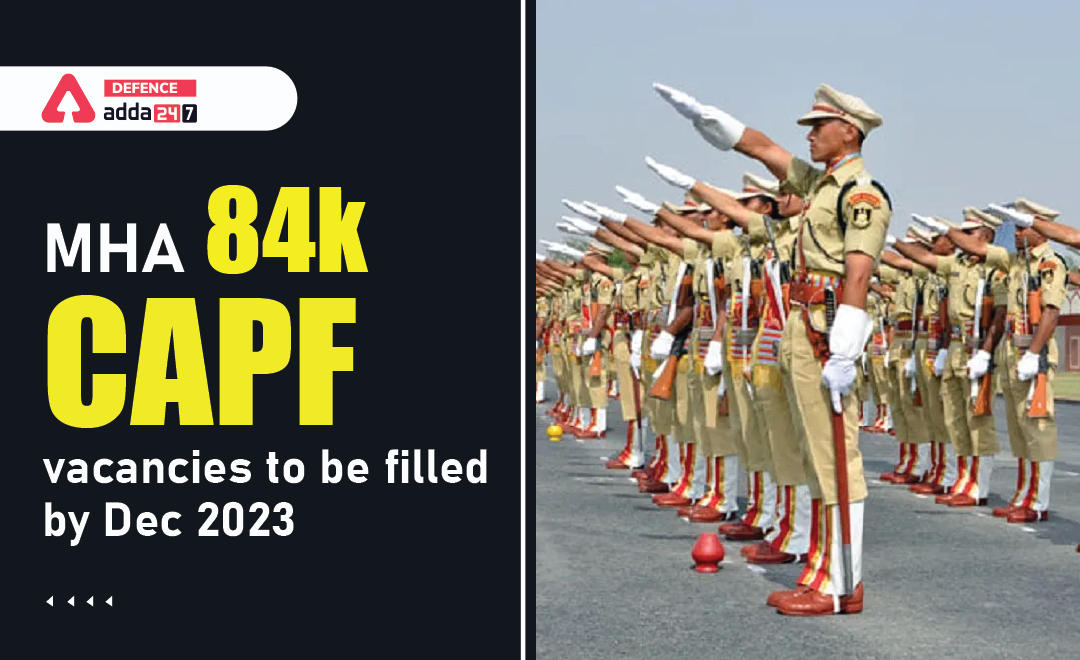 The Union Minister Rai said in a written response to a question asked by YSRCP MP Prabhakar Reddy about the number of sanctioned vacancies, vacant posts and steps to be taken to fill these vacancies.

Below is the detailed list of all the CRPF vacant posts, Check it out –

Mentioning about the steps taken by the government to fill these posts he further added that the government has given the responsibility of conducting annual GD Constable Recruitment to Staff Selection Commission (SSC). It conducts the proper examination and other selection process. Also, all the Armed Forces and Assam Rifles have been instructed to recruit Non-General Duty Staff in a time-bound manner as soon as possible.

The examination for filling up 25,271 posts of constable (general duty) has already been conducted, he added.