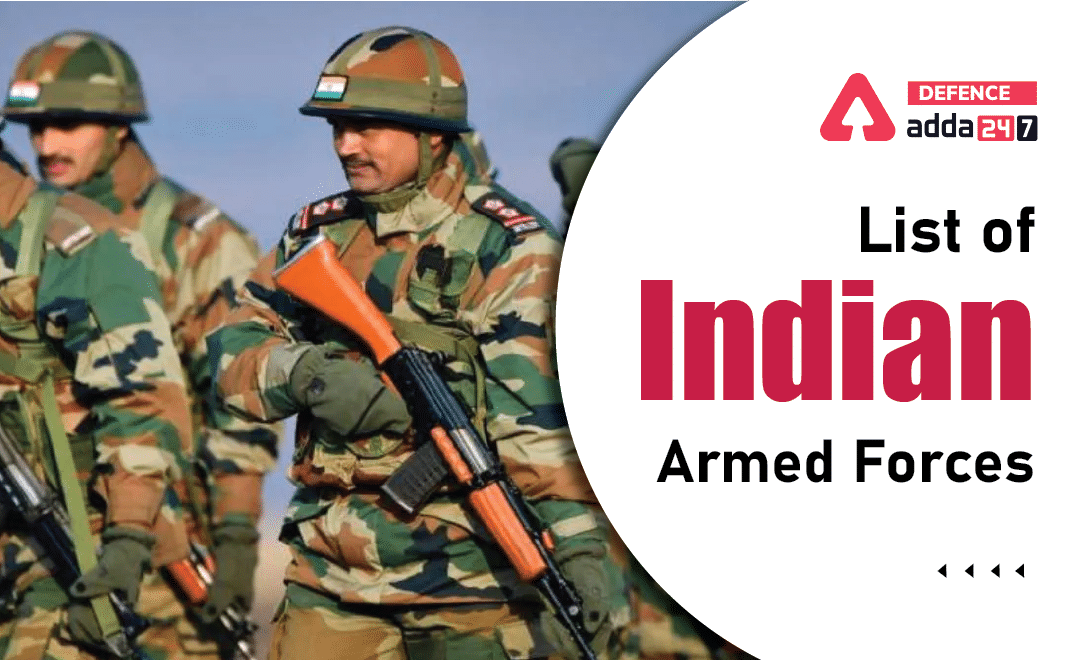 Responsibility of defense and security of the nation lies with the Government of India, which it ensures with the help of India Armed Forces. As mentioned in the constitution, President is the Supreme Command of the Indian Armed Forces. And specifically Cabinet is wholly responsible to make sure that the country remains secured and protected and This duty is discharged through the Ministry of Defence, which provides the policy framework and wherewithal to the Armed Forces to discharge their responsibilities related to defence of the country.

Indian Armed Forces is divided into three main branches that is Indian Army, Indian Navy, and the Indian Air Force.

Indian Airforce is of British Era as it was established on 8 October 1932. Brtishers added the prefix Royal in 1945 in recognition of its services during World War 2 but as soon as the India got Independence (1950), the prefix Royal was dropped. Indian Airforce is known for its operation it took and the times for which it proved itself one of the prminene force by ensuring victory of India like in Bangladesh Liberation War (1971)

IAF has its 6 commands –

With the changing times, the Indian Air Force has modernized itself in various ways by procuring its aircraft and equipment and by adding every newest technology possible. Inducting women into the Air Force for short service commissions was also one of the historical moves by Indian Airforce.

One of the oldest forces of India, Indian Navy was established in the seventeenth century by the East India Company which later on became the part of Royal Indian Navy in 1934. The Indian Navy is headquartered in New Delhi and Chief of Naval Staff (CNS) is responsible for its smooth functioning.

Indian Navy is deployed under three area commands, each headed by a flag officer –