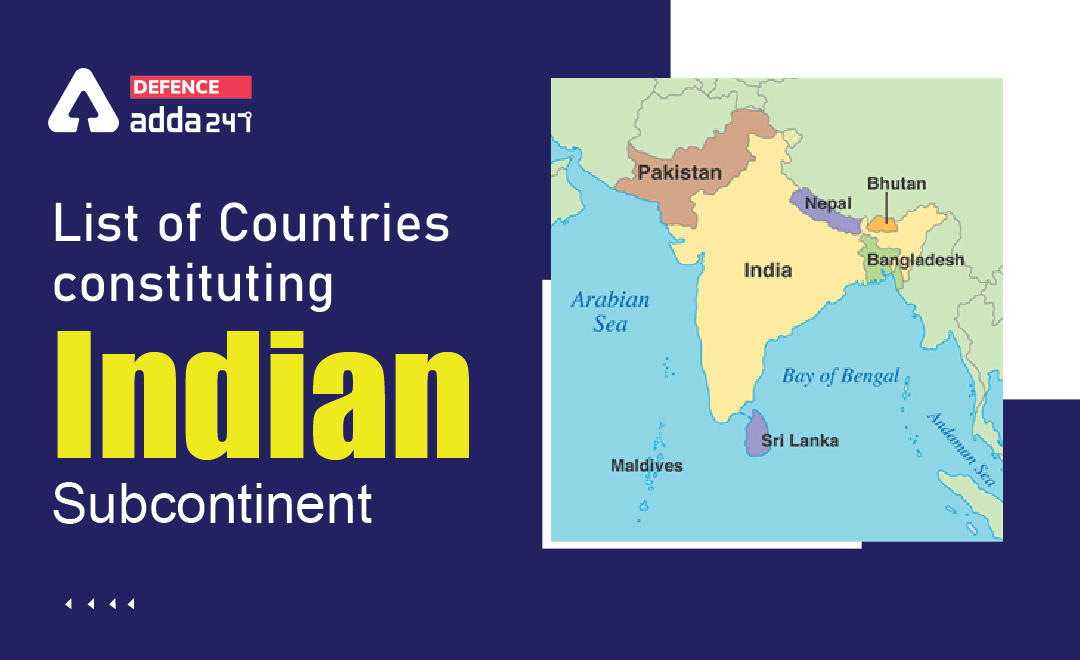 What Do You Mean By Subcontinent?

Originally, The term ‘subcontinent’ was used to describe the divide of North and South America and later on they considered as separate continents.

According to a famous geographer, Dudley Stamp, “there is perhaps no mainland part of the world better marked off by nature as a region or a ‘realm‘ by itself than the Indian subcontinent.”

The Indian Subcontinent is actually a kind of geographic entities which can be divided into three geomorphic features:

(a) the Indian Peninsula

The Indian Peninsula is a triangular-shaped landscape of ancient landmass. It has been through so many geomorphical processes to finally develop into its current form. Processes like continuous erosion for so many years, denudation, and resurgent tectonic activities.

The present-day geomorphic characteristics of the entire terrain have resulted because of more recent block uplift-type tectonic activities. It is a peninsula which is situated in south-central Asia and it is surrounded by the Indian Ocean and the Arabian Sea. This area is primarily centered on the Indian Plate. It is a tectonic plate located along the equator in the eastern hemisphere.

The Indian subcontinent consists of 7 countries and this specification is made solely from political point of view. These seven countries are – 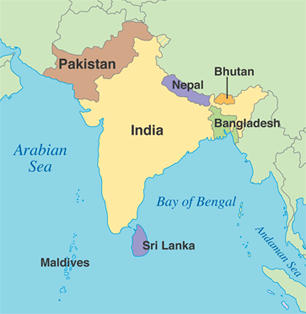 Politics, culture, and history are also the factors on which we can define the Indian Subcontinent. If we talk about their shared histories, almost every country which constitutes Indian subcontinent, was the possession of the British Empire at some point of time in the history. This includes the present-day states of India, Pakistan, Bangladesh, Sri Lanka, and the Maldives. Two countries that are part of the Indian subcontinents but they were never the part of British territory are Nepal and Bhutan. They made their place in Indian Subcontinent, mainly, because of cultural, religious, and political reasons.

If we consider about its data related to population, it is and has been the most populated region in the world, which roughly constitutes around 25 percent that is one fourth of the global population at all times in history.