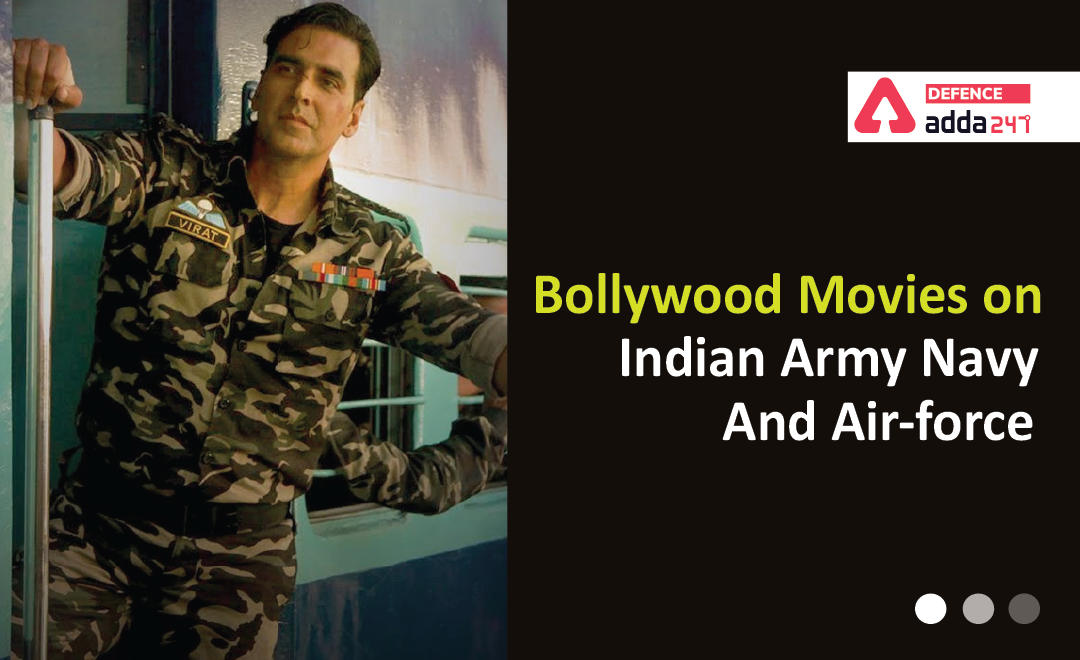 Indian Army holds a great place and Respect in every heart that belongs to India, and why not, they deserve every bit of Praise and commendation for the invaluable services they provide, every facet of Indian life is directly or indirectly influenced by the Indian Army.

Like all of us Bollywood couldn’t keep itself aloof from all these Heart warming and electrifying stories of pride and bravery. Bollywood has always tried to showcase these one in a million stories in the big screen and like expected gained a massive audience response from these portrayals, in this article we will discuss some of these movies which gave goosebumps to everyone watching them.

There are several movies made on the backdrop of Indian Army an they never failed to ignite a flame of Patriotism in the viewers, they often are a roller coaster of emotions and serve as a source of inspiration for those who want to pursue a career in defense

Shershah is a Biopic made on Captain Vikram Batra  that was played by Siddharth  Malhotra, how can we forget the Iconic dialogue “DIL MANGEY MORE” this one line describes what Vikram Batra was, his Vigour , his passion and his valiance, the captain who fought till his last breath in Kargil war in the process of capturing point 4875.This movie was so well depicted that it was like witnessing the kargil war live and the movie served the purpose of multiplying the respect we had for this captain manifolds.

Tell  me a single sould who didn’t felt the strong urge to fight in the borders when we heard the famous dialogue How’ The Josh- High Sir!

This movie is quite Old but still has the same impression , this movie perfectly showcases the Battle of Longewala took place in 1971 that follows the story of 120 Indian soldiers driven by Major Kuldip Singh Chandpuri in the Longewala area. They effectively safeguard their station the entire night against a whole tank regiment of the Pakistani Army until help showed up.

The film follows Tarun Chauhan (Bobby Deol) on his way from a police recruit to a war solidified fighter in the Indian Border Security Force (BSF). Ajay Devgn, Bobby Deol, Sanjay Dutt, and Sunil Shetty stars in the movie.

showing the inner workings of the Indian Air Force and the life of an Indian Air Force pilot. The film is noted for some rare aerial photography featuring combat fighter aircraft that was then available with the IAF (in 1980s). This movie shows Kunal Kapoor as lead role.

This Aamir Khan Starer Film Showcase another side of Air Force when a dear fried dies in an Mig 21 crush saving lifes of  hundreds of people ,the Defence Minister is shown to be a corrupt individual who acquired cheap, illegal MiG-21 aircraft for his own profits.

This is one of the best army movies ever made, depicting the role of IAF during the 1971 war. here Air Force is seen in a documentry like Detail.

This Shahid Khan starer film is basically a romantic movie , the movie provides a detailed Look at the Life in Air Force.

Agnipankh is a romantic story during the war circumstances , The Film includes scenes of Arial warfare.

The Ghazi Attack. Based on the mysterious sinking of PNS Ghazi during the Indo-Pakistani War of 1971, the film stars Rana Daggubati, Taapsee Pannu, Kay Kay Menon and Atul Kulkarni. The movie is based on true events and perfectly captures the tension between rivals.

Rustom is a thriller film, the film stars Akshay Kumar, Ileana D’Cruz, Arjan Bajwa and Esha Gupta in lead roles. The film is loosely based on the K. M. Nanavati v. State of Maharashtra court case.