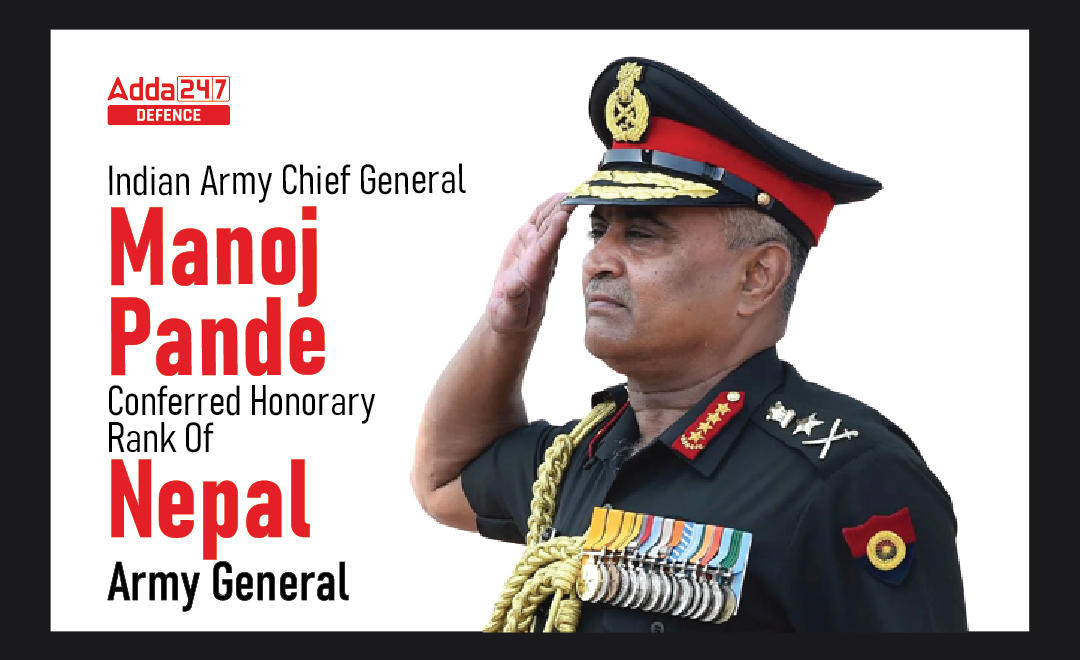 Indian Army chief General Manoj Pande was conferred the title of Honorary General of the Nepali Army by Nepal President Bidya Devi Bhandari in Kathmandu on the 5th of September 2002. This is in the continuation of the seventy years old tradition highlighting the good relations between the two countries. The ceremony was held at the President’s official residence ‘Shital Niwas’ in the Kathmandu of Nepal.

Gen. Pande reached Kathmandu for a five-day official visit for the bilateral meetings with the country’s top civil and military leaders with the aim of strengthening the defence partnership between the two neighbouring countries.

In the ceremony, He was also presented a sword and scroll during the function,” the Indian embassy said in a statement. They also added “The practice follows a seven-decade-old tradition of decorating army chiefs of each other’s country with the honorary title. Commander-in-Chief General KM Cariappa was the first Indian Army chief to be decorated with the title in 1950,”.

Last year, the Chief of the Nepali Army, General Prabhu Ram Sharma was also made the Honorary General of the Indian Army by President Ram Nath Kovind at a ceremony in New Delhi.

After the ceremony, General Manoj Pande called on Nepal President Bidya Devi Bhandari. He conveyed his gratitude for the honour bestowed upon him.

Earlier in the day, in a solemn ceremony, General Manoj Pande laid a wreath and paid homage at Bir Smarak (Martyr’s Memorial) at Army Pavilion in Tundikhel, Kathmandu. And after that, he visited the Nepali Army headquarters where he was accorded a ceremonial Guard of Honour.