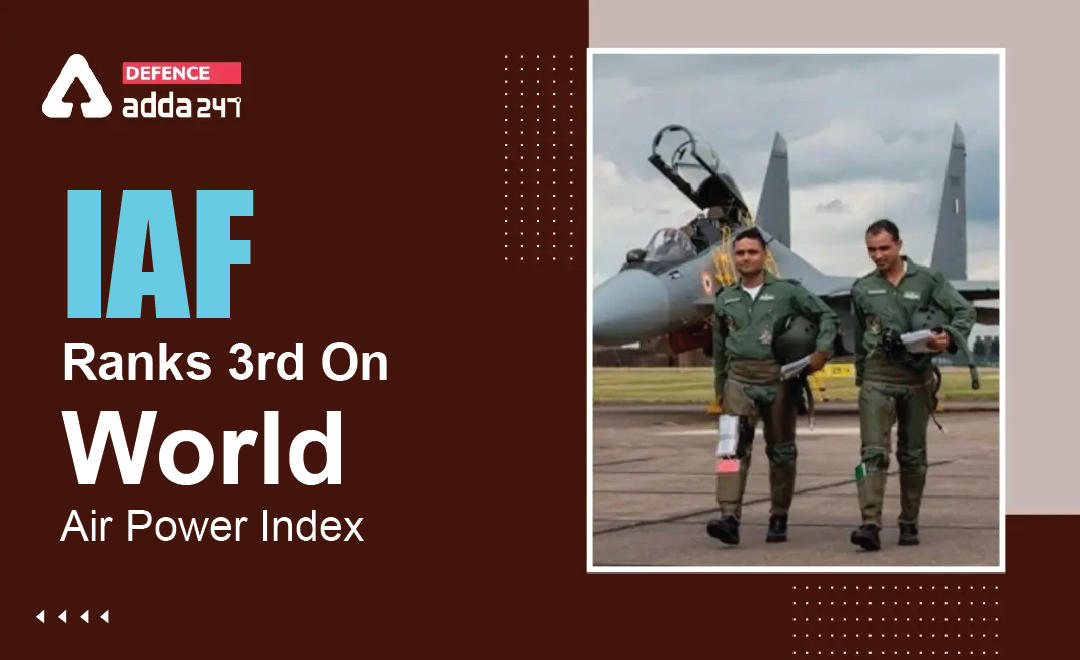 The report has  evaluated the total fighting strength of the various air forces of different nations of the world and ranked them accordingly. Currently WDMMA is following 98 nations, covering 124 air administrations and following 47,840 airplanes.

the WDMMA uses a TVR formula to know the total fighting strength of the various air services of the nations. The formula produces the ‘TrueValueRating’ (TvR), which helps WDMMA to know about specific factors which are helpful in enhancing the strength of air services. Factors like modernization, logistical support, attack and defense capabilities are being considered. Thus, the military air power of a country is not ranked only on the basis of its total quantity of aircraft but it also considers its quality and components of inventory. The highest attainable TvR score is 242.9 held by the United States Air Force (USAF).

However, the WDMMA states that the concept of TvR is under process and it keeps on updating as per the requirement. Importance is mainly given to those categories which are normally overlooked by some powers, namely special-mission, dedicated bomber force, CAS, training and on-order units. It also focuses on local aero-industry capabilities, inventory balance (general mix of unit types) and force experience.

According to the report, the Indian Air Force (IAF) currently counts 1,645 total units in its active aircraft inventory. Fighters (632 units) –