Skip to content
Home   »   How to Become Doctor in Indian... 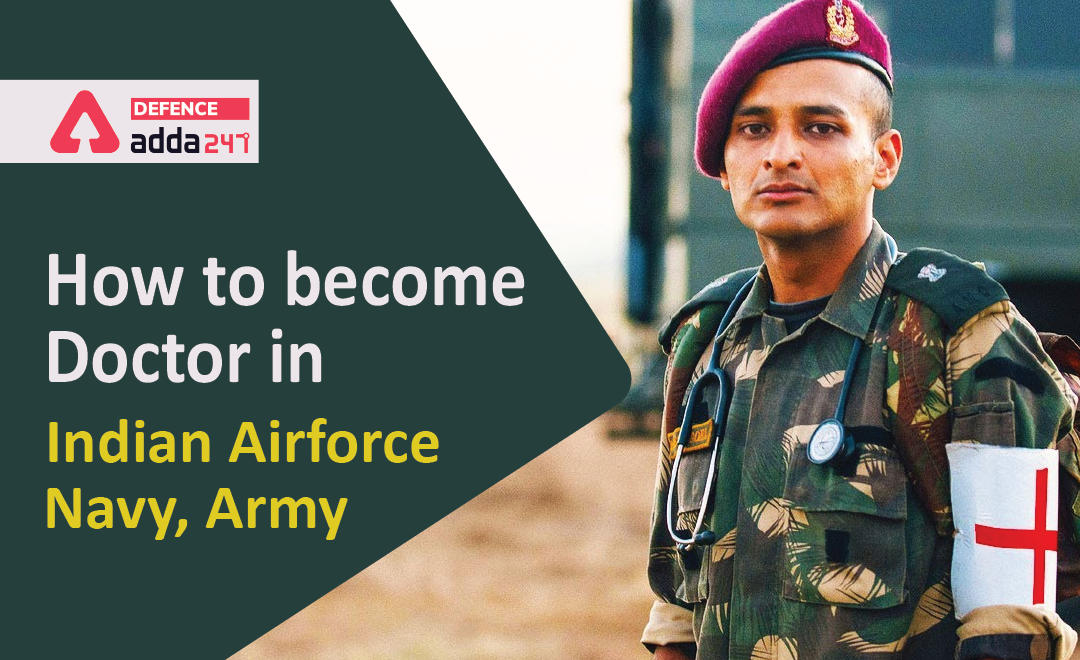 How to Become Doctor in Indian Army, Navy and Airforce

Becoming a doctor is to choose selfless service to humankind, and when you are a Doctor in army then there is no comparison of the privilege you have of becoming a doctor and an Defense personnel at the same time , in this article we will discuss ways in which you can join Army as a doctor and serve those who serve the nation.There are Two ways you can become a doctor in Armed Forces

The evaluation is done after adding NEET and ToELR marks and dividing it by 4 to get score out of 200, an interview of 50 marks will also be conducted ,Also 60% in class 12th is mandatory.

If you have done your MBBS from any recognized medical college you still can become a doctor in army but you should keep alert of the vacancy notifications published on the websites of Army ,Navy and Air Force.

The Army Medical Corps comes  under the Government of India, it  annually offers short service commission for MBBS graduates who have passed the course in the first or second attempt and have completed internship as an officer.

Indian Nationals under age of 45 can apply for the post.

the candidates who are Eligible will be called for an interview by the board officers at the Army Hospital, Delhi,and on successfully clearing the interview you will be granted  short service commission in the Armed Forces Medical Services. The final selection is based on the  medical fitness examination.

The selected candidates can get posting in any part of the country in the Army, Navy or Air Force.

On being commissioned into the Armed Forces Medical Services, doctors will be granted the rank of Captain or equivalent rank in Navy or Air Force in the scale of Rs.15600-39,100, plus grade pay, non-practicing allowance, free rations, subsidized accommodation and all other benefits of an officer.

After 2 years of service you can apply for  Departmental Permanent Commission,but you should be less then 30  years in age,officers can also apply for post graduate course after getting the permanent commission

So these were the ways of getting inducted into the Armed Forces as a Doctor , hope it helped you in clearing your doubts.