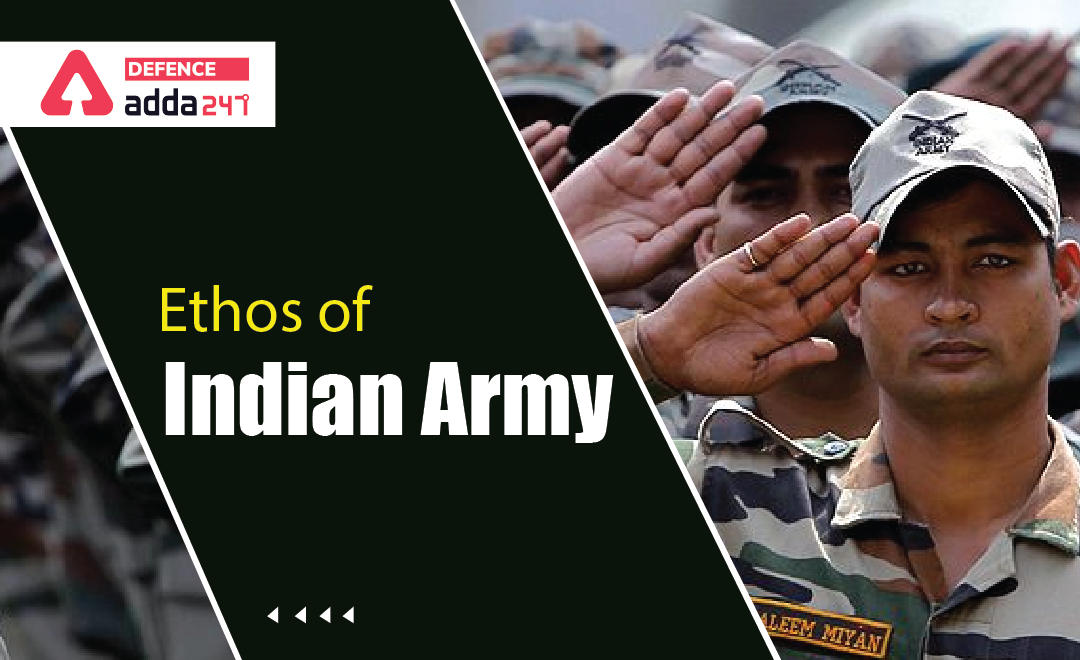 Many people know what the words Loyalty, Duty, Respect, Selfless Service, Honor, Integrity, and Personal Courage mean. But how often do you see someone actually live up to them?

Every entrant into the army is an individual with needs and aspirations, and his own value-set, knowledge-set, skill-set and world-view. The selection process for entry into the army essentially determines his trainability, and the training process, especially in the recruit or cadet stage, instils military values in him and gives him knowledge and skills to be an effective member of a fighting team.

Later, in-service training on courses and exercises, and day-to-day functioning in various postings and deployments reinforces military values and builds team-spirit, motivation self-confidence and morale. Soldiers learn these values in detail during Basic Combat Training, from then on they live them every day in everything they do — whether they’re on the job or off.

The ethos of the Army is ingrained in all soldiers with an unwavering will to succeed, accepting their grave responsibility and an unbridled ability to give their lives for others; confident that in return the nation will look after them and their families.

The spirit of comradeship and brotherhood of the brave, regardless of caste, creed or religion. The motto is, “One for all and all for one”!

The tradition is never to question, but to do or die for the three “Ns”; Naam, i.e. name-honour- of the unit/Army/Nation, ‘Namak'(salt) i.e. loyalty to the Nation, and ‘Nishan’, i.e. the insignia or flag of his unit/regiment/Army/Nation which the soldiers hold afloat willingly.

Fearlessness in combat and in the face of the enemy even when fighting against great odds or even when facing sure death.

The Indian Army does not discriminate on account of caste, creed or religion. A soldier is a soldier first and anything else later. He prays under a common roof. It is this unique character, which makes him bind in a team despite such diversity.

The spirit of honesty and fair play. He fights for a just cause that extends even to the enemy (prisoner or wounded).

Discipline and integrity impart the feeling of patriotism, honesty and courage under all circumstances, however strong be the provocation otherwise.

He is a man on whose shoulders lies the honour and integrity of his nation. He knows that he is the last line of defence and he cannot fail the Nation.

A close bond amongst soldiers forces them to choose death to dishonour. The concept of ‘IZZAT’ (HONOUR) in the clan/unit enables them to shun the fear of death; to be called a coward in the peer group is worse than death.

A soldier has to be forthright, for on his word the men he leads are going to lay down their lives without questioning why.
These values stoke the attitude of Service before Self in every soldier. The famous credo of Chetwode Hall is deeply imbibed in the men in Olive Green. It is the spirit of this credo, imbibed in every officer that binds him with his men in an unshakeable bond of camaraderie.