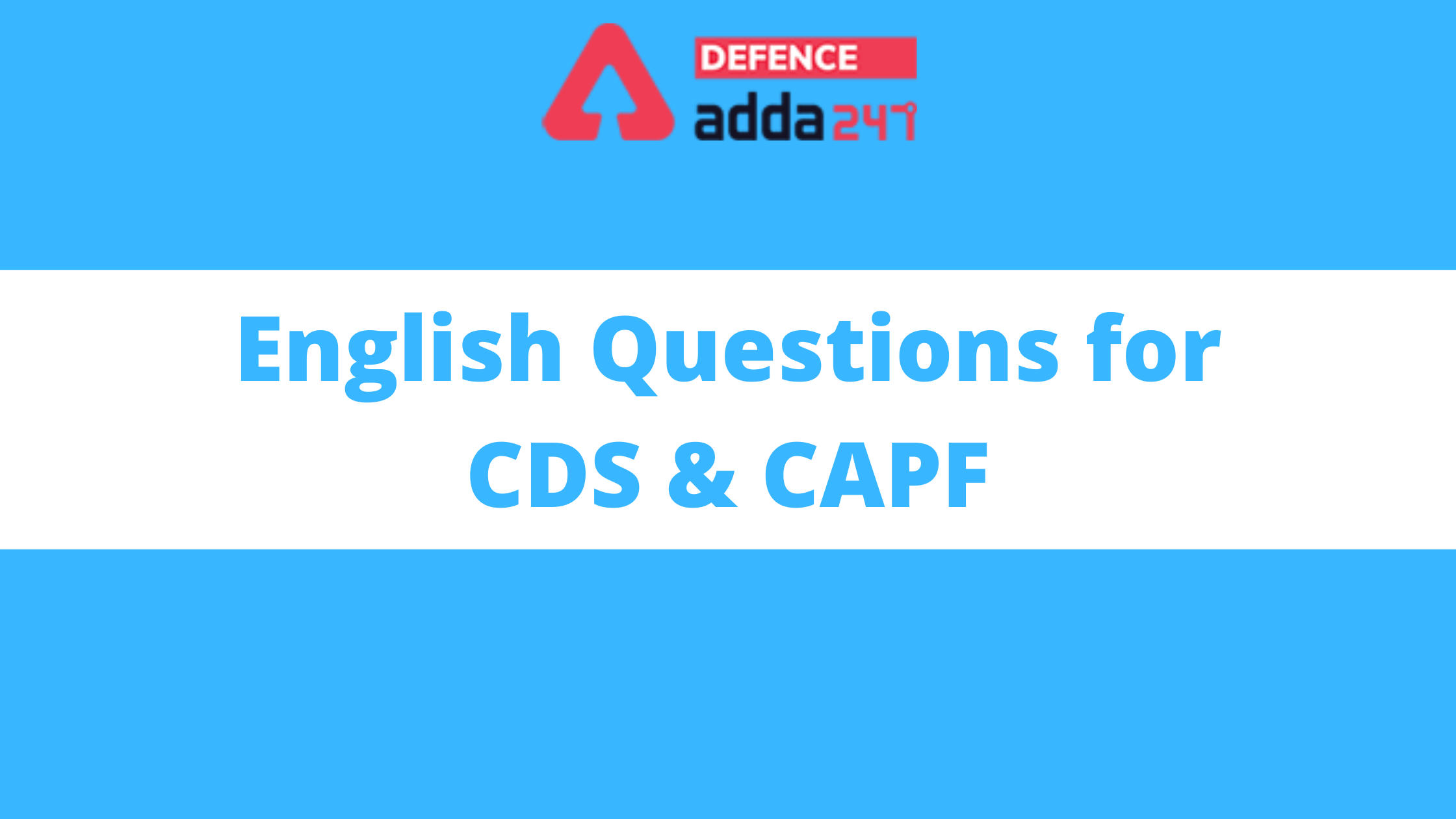 Dear Students, Defence Adda is providing you all with this quiz on English Language questions for CDS, NDA, AFCAT, CAPF and other Defecnce Examinations. One can attempt the maximum number of questions in the minimum time in the English Language section of defense competitive exams. If you have the basics of the important topics of English all groups, you can definitely score good marks in the upcoming defense examinations. Practicing daily with daily quizzes on Defence Adda not only ensures good marks in this section but also strengthens your chances of getting through the above-mentioned defence examinations.

Directions (1-10): Each of the following sentences has a black space and four words are given below it. Select the word you consider most appropriate for the blank space.

Q3. In a developing country like India some industries will have to be brought within public _______  and control, for other-wise rapid growth of the economy may be impossible.
(a) perspective
(b) hegemony
(c) observation
(d) ownership

Q4. Gandhiji conceived of the idea of channelizing the powerful currents of the united mass movement so as to give the utmost impetus to the national ________  for independence.
(a) struggle
(b) conflict
(c) onslaught
(d) march

Q6. Socrates was _______  of spreading discontent among young men of Athens and of trying to destroy their faith in the old gods.
(a) rebuked
(b) disparaged
(c) accused
(d) demonised

Q8. A really sophisticated person would never be _______  enough to think that he is always right.
(a) reverent
(b) naive
(c) articulate
(d) humble

Q10. Creative people are often ________ with their own uniqueness.
(a) obsessed
(b) deranged
(c) unbalanced
(d) dissatisfied

S1. Ans.(b)
Sol.  Give in: to accept that you have been defeated and agree to stop competing or fighting.

S3. Ans.(d)
Sol. Ownership: the act, state, or right of possessing something.

S4. Ans.(a)
Sol. Struggle: a hard effort or fight to do or get something.

S6. Ans.(c)
Sol. Accuse: claim that (someone) has done something wrong.

S7. Ans.(a)
Sol. Fall out: to have an argument or disagreement.

S8. Ans.(b)
Sol. Naive: (of a person or action) showing a lack of experience, wisdom, or judgement.

S10. Ans.(a)
Sol. Obsessed: preoccupy or fill the mind of (someone) continually and to a troubling extent.