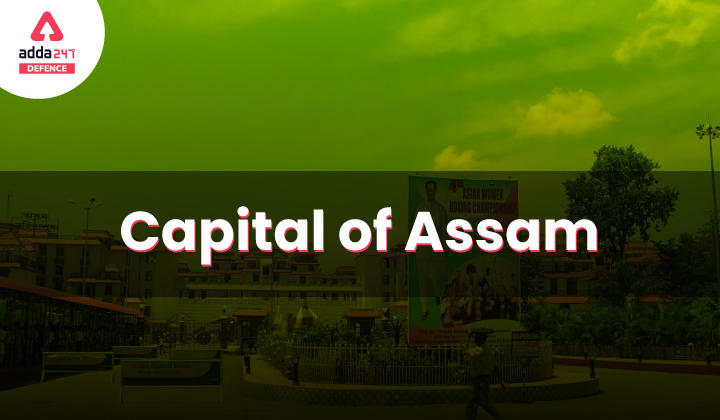 Capital of Assam: Home to the world’s largest river island Majuli ,Assam ia a beautiful north eastern state of the republic of India , and interestingly enough  the Capital of Assam,Dispur is just a locality of Guwahati. In simple words, the capital of Assam is Dispur and Dispur is a part of the Guwahati City. Dispur is not a city unlike the capitals of other states in India.

About 10 km away from Guwahati, the suburb of Dispur thrives which is allegedly the Capital of Assam . Enriched in flora and fauna and adorned with beautiful weather throughout the year, Dispur is a traveller’s delight ,The Sualkuchi weavers’ village is the main attraction, which is well known for intricately woven mekhela chadors.

This rustic village is  visited by many migratory birds during winters. Prominent landmarks in Dispur include the Assam Assembly House and the Assam Secretariat, which are stately buildings.  there is also The pilgrimage point of Bashistha Ashram, which lies on the confluence of Kanta, Sandhya and Lalita rivers.

The tea auction markets of Dispur are renowned all over the Northeast. also the festivities of Bihu, which sees a grand celebration is a cultural epitome. The Kamakhya Temple and the Navagraha Temple are  not very far from here.

It is normal to get puzzled when it comes to the Capital of Assam as Dispur which is technically the Capital of Assam is just a suburb of the city Guwahati ,Guwahati on the other hand is a mesmerising . It is situated between the southern bank of Brahmaputra River and the foothills of the Shillong plateau.

It is the Metropolis city of the Northeast. Assam has a rich traditional and cultural history and Guwahati presents one with a glimpse of the same. From religious point of view, Guwahati has one of the shaktipeeths in the country and widely famous Kamakhya templ. Its also have the smallest river island in the world, umananda which is famous for its rare golden Langoors. It is also famous by the name of Gateway to Northeast India .

Q1. Which is the largest city of Assam?

Ans. Guwahati is the largest city of Assam.

Q2. Is Guwahati is the capital of Assam?

Ans. Dispur, a locality of Guwahati, became the capital of Assam in 1973.

Q3. Who is the CM of Assam?
Ans. Sri Himanta Biswa Sarma is the 15th Chief Minister of Assam.

Which is the largest city of Assam?

Guwahati is the lsrgest city of Assam.

Is Guwahati is the capital of Assam?

Dispur, a locality of Guwahati, became the capital of Assam in 1973.

Who is the CM of Assam?