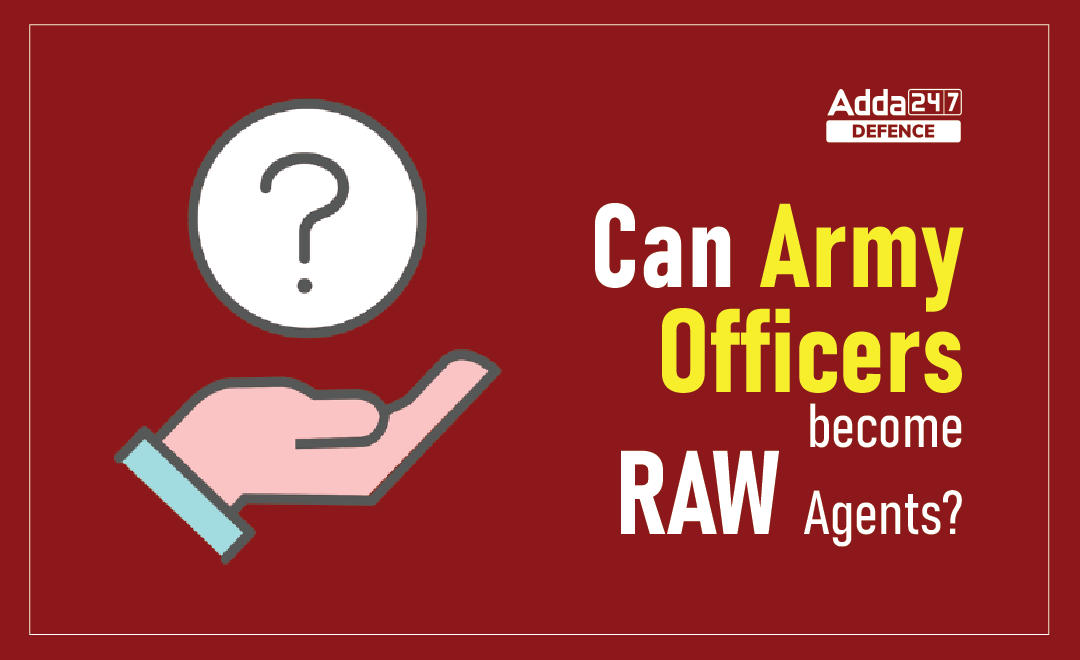 One of the best services which are considered most suitable to serve the nation is RAW. Being the most secretive organisation intrigues the most as there is very little known about its details like its projects, working style, selection procedure etc.

RAW always hunt for extraordinary talents who fit the best for the job and pick their employees from various fields. Even the personnel of the Indian Army get the chance to become an employee of RAW depending on their skills and work experience. In this article, We will tell you the way to get selected in RAW if you are an officer in the Indian Army.

RAW was founded on 21st September 1968 and its headquarters is in New Delhi. The Research and Analysis Wing is the foreign intelligence agency of India.

It works under the Prime Minister’s Office. The training of RAW is quite rigorous and its training is carried out in the fields of combat, military tactics, languages, common techniques, information security, scientific knowledge, etc.

There is no specific recruitment process defined for the RAW as it’s very secretive but the answer to the question of whether Army officers can join RAW or not is, YES. Army officers can join raw on deputation but for that candidate needs to be the best in their battalion so that they could get noticed by officials.

On the basis of your performance in a military academy, you may get the chance to get noticed by the RAW Agency recruiters and after that, they keep close tabs on you. The Intelligence wing of the army which is known as military intelligence hunts for the top talent and once they get selected for that wing, they work in coordination with RAW on certain missions and that gradually opens the gate for them to become the permanent part of RAW.

There are various exams conducted by the defence board for intelligence cell so once u clear it, you go through a background check aptitude test in which you are assessed by your senior officials and after passing it, you get the selection. Your teammates are also being questioned to assess your personality.

To get selected for the RAW Agency through the armed forces, one must ensure that they keep themselves physically and mentally fit.