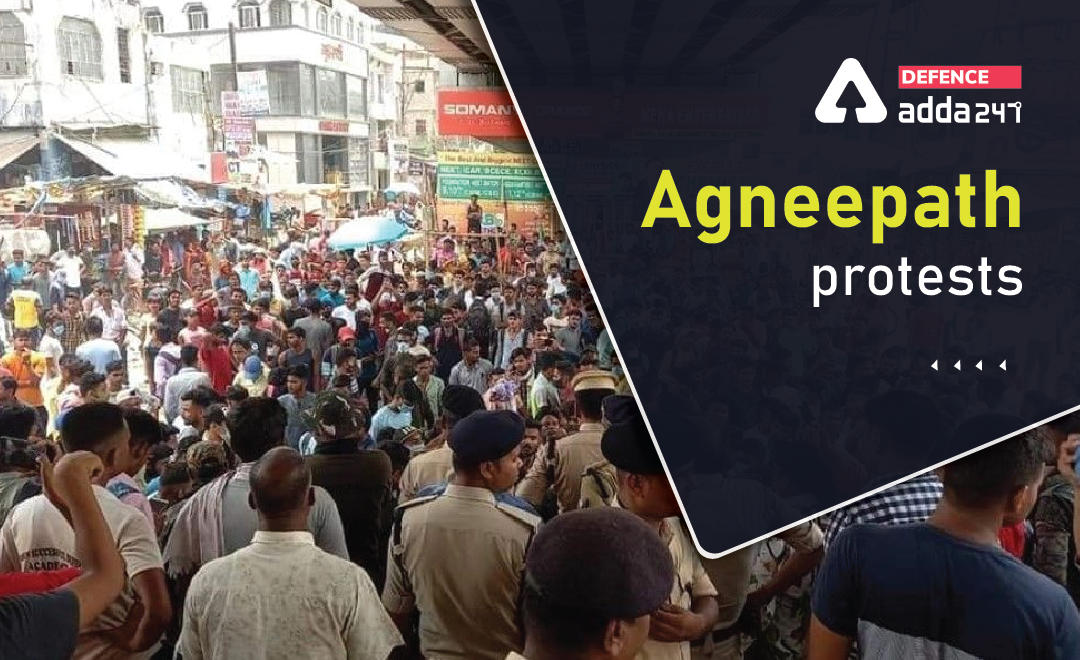 The Agneepath scheme, announced on 14th june, is aiming to induct young soldiers in the Army, Navy and the Air Force on a short-term period of four years. The central government says the scheme seeks to bring down the average age of personnel and reduce the burden of pension.

There are aspirants who want to become the part of armed forces, are not in the favor of this scheme and they have been protesting in different parts of the country. Young men and women who aspired to join the armed forces demonstrated their agitation against the Agneepath scheme. They demand Tour of Duty that is the ‘temporary service of four years’ to be rolled back and exams be held on the similar pattern as earlier.

Railway and road traffic in Jehanabad, Buxar and Nawada districts of Bihar was disrupted and trains were set on fire and due to this more than 20 trains were cancelled. In Rajasthan, aspirants led by the Rashtriya Loktantrik Party (RLP) staged protests. Haryana and Uttar Pradesh have also reported violent protests. Even in telangana, secunderabad railway station vandalised and a train set ablaze by Agneepath protestors. Many slogans were raised to support the protest, like “Indian Army lovers,” and ‘Bharti do, ya arthi do’ in order to show their resentment against this idea of the government.

Agnipath scheme proposed the recruitment of jawans on a contractual basis for a four-year period followed by compulsory retirement for most without gratuity and pension benefits. The new recruitment plan aims to cut down the government’s massive salary and pension bills and to use that amount for arms’ procurement. Also they are looking for more young boys to become the part of armed forces.

Why are the aspirants protesting?

Steps taken by government after protests –

Considering the nationwide protest government has amended the scheme by increasing the upper age limit to 23 from 21. It is a one-time waiver in 2022 recruitment cycle. Also they have released a factsheet to provide more clarity about it and addressing all the major questions of the protestors. Sheet has majorly the following important points –